US: A team of biologists from the U.S. Forest Service fisheries are planning to create a biodiversity map identifying thousands of aquatic species in every river and stream in the western part of the country. Dan Isaak, who is leading the project, says such a map could help with land management decisions and deciding where to spend limited money and resources.

Scientists say they’re steadily reeling in the data and hopefully will have the first Aquatic Environmental DNA Atlas available for public by next summer.

“It’s kind of the Holy Grail for biologists to know what a true biodiversity map looks like,” said Isaak. “To have that formatted digitally so you can do lots of science with it will be transformative in terms of the quality of information we’ll have to conserve species.”

Isaak said annual surveys could provide snapshots so scientists can see how biodiversity and ecosystems change over time. Because of the project’s immense scale, he said, sample collecting likely will require help from many entities, including citizen scientists.

The map eventually will include everything from insects to salmon to river otters. It’s possible because of a new technology that can identify stream inhabitants by analyzing water samples containing DNA. The technology also can be used to identify invasive species.

That technology is evolving, said Michael Schwartz, the Forest Service’s director of the National Genomics Center for Wildlife and Fish Conservation in Missoula, Mont. Currently, he said, scientists can detect only one species at a time in a stream sample. He said the goal is to identify multiple species in a single test from one sample. A rough estimate for when that might be possible is about a year, he said.

Isaak also has been working on something called the Cold Water Climate Shield to identify streams that could serve as a refuge for cold water species, such as bull trout, if global warming continues. That map uses millions of temperature recordings going back decades and has expanded to include most of the western U.S. Stream temperatures in lower elevations have risen several degrees over the past 30 years, Isaak said. The DNA Atlas has been confirming the kind of species present as predicted by the Cold Water Climate Shield, Schwartz said.

What scientists ultimately hope to do is combine all the information from stream temperatures, DNA Atlas sampling, topography and weather patterns to get more insights into species distribution patterns and even how entire ecosystems function.

“The data sets can be bigger because computers are bigger,” Isaak said.

Even for Isaak, who is called a visionary by his colleagues, the leaps in technology that make his ideas possible can be mind-boggling.

“It’s just been an ongoing revelation,” he said, recalling 15 years ago using pencil and paper to make streamside observations. “It still seems like magic to me that you can go take a water sample and you have instruments powerful enough to discern what species are present.” 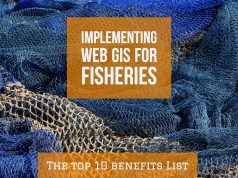 Thinking of implementing GIS for fisheries? Here are the top 10 benefits! 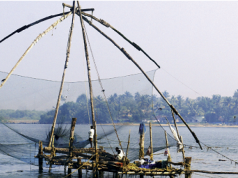