UK: Using satellite imagery to monitor which volcanoes are deforming provides statistical evidence of their eruption potential, according to a new study led by the University of Bristol published in Nature Communications.

Dr Juliet Biggs and colleagues in the School of Earth Sciences, with collaborators from Cornell, Oxford and Southern Methodist University, looked at the archive of Interferometric synthetic aperture radar (abbreviated as InSAR) satellite data covering over 500 volcanoes worldwide, many of which have been systematically observed for over 18 years. InSAR can provide high-resolution maps of deformation, allowing the detection of unrest at many volcanoes that might otherwise go unrecognised. Such satellite data is often the only source of information for remote or inaccessible volcanoes.

The work was co-funded by the UK Centre for Observation and Modelling of Earthquakes, Volcanoes and Tectonics (COMET) and STREVA, a research consortium aimed at finding ways to reduce the negative consequences of volcanic activity on people and their assets. 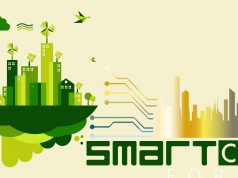