Russia, November 14, 2014: Russian internet powerhouse Mail.ru has snapped up popular OpenStreetMap-powered mapping app Maps.me. The move is part of the company’s plans to integrate navigation and location-based services to its product mix. The terms of the deal were not disclosed.

Available for Android, iOS and BlackBerry, Belarus-based Maps.me is available for free, with restricted functions, and a paid upgrade unlocks extra features such as offline search. Mail.ru will add Maps.Me into its my.com platform — which Mail.ru launched last year to build and market mobile and web apps to an audience outside of Russia. Additionally, the Maps.me architecture allows for scalability without increasing development costs.

My.com today offers mail, chat and gaming apps. Over 7M users have downloaded MAPS.ME since its release in 2011. The apps are actively used all over the world including Russia (18% of users), the USA (13%), Germany (7%), Italy (4%) and China (4%). The maps are constantly updated by the global community of enthusiasts that has grown exponentially to 1.8 million members.

“Adding the MAPS.ME team to work together on our global expansion was a strategic move,” said Dmitry Grishin, Co-Founder and CEO of Mail.Ru Group. “OpenStreetMap has a remarkable idea of crowdsourced maps behind it, and we believe that its role all over the world is going to increase.”

“Mail.Ru Group is a natural fit for MAPS.ME. They completely share our vision of open data and its role in the development of innovative technology,” said Yury Melnichek, Co-Founder and CEO of MAPS.ME. “Further, the millions of Mail.Ru and My.com users around the globe will now have direct access to our product, allowing for more contributors, and ultimately, a better user experience.”

The MAPS.ME team (including the founders) will join Mail.Ru Group where the team will continue to work on MAPS.ME, which includes implementing some developments that have already been planned and are to be announced later.

Of late, the mapping industry has seen a surge in M&A activity. The European navigation start-up Skobbler was acquired earlier this year by US giant Telenav, which led to Telenav’s Scout apps switching entirely to OpenStreetMap. Nokia too is working on pushing out its own HERE maps platform. In fact, the company recently launched HERE for Android devices, with iOS app on the cards for later this year.

The MAPS.ME team will be joining Mail.Ru to continue work on its app, with some new “developments” on the horizon. 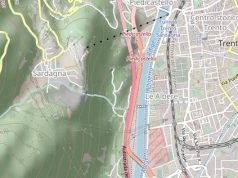 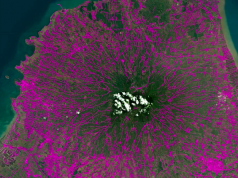 Facebook opens up its AI-powered mapping service for OSM community