Moscow, Russia: The foreign ministers of the Russian, India and China (RIC) issued a joint communique after wrapping up the 11th trilateral meeting in Moscow, Russia. In the communiqué, they underlined the importance of cooperation in the field of disaster management and appreciated the outcome of the trilateral programme for exchange of information and expertise on the use of geospatial technologies in monitoring and forecasting flood and drought, organised in Hyderabad, India, during May 24-26, 2011. They also welcomed the outcome of the 4th Russia-India-China Trilateral Expert Meeting on Disaster Management in St. Petersburg, Russia, during September 6-9, 2011, and identified priorities for further cooperation in the trilateral format.

They reiterated the importance attached by Russia, India and China to their constructive cooperation in the trilateral format. They stressed that this cooperation was not directed against any other country, was conducive to the promotion of regional peace, security and stability and served to benefit their peoples.

They supported advancing practical cooperation in the trilateral format in the areas of emergency response, health care, agriculture, business, energy and innovation & high technology, acting in close coordination with efforts made in these areas by different multilateral fora.

They stressed the importance for the Asia-Pacific region, to establish an open and transparent security and cooperation architecture, responsive to the legitimate interests of every country in the region and built on universally recognised norms and principles of international law, recognition of the indivisibility of security and mutual respect and confidence.

In addition, they expressed deep concern over North Korea’s rocket launch and called for maximum restraint from any move which could lead to escalation of tension on the Korean Peninsula.

The RIC ministerial meeting was attended by Indian External Affairs Minister S M Krishna and his Russian and Chinese counterparts Sergey Lavrov and Yang Jiechi during which the three leaders condemned terrorism in all its forms. India will host the next RIC trilateral meeting in 2013. 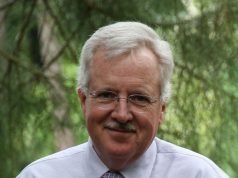