France: ESA’s observatory to monitor electrical discharges in the upper atmosphere is on its way to the International Space Station. The Atmosphere-Space Interactions Monitor is riding in the Dragon cargo vehicle that lifted off from Kennedy Space Center in Florida, USA. A suite of instruments will search for high-altitude electrical discharges associated with stormy weather conditions. It is the first time that such a set of sensitive cameras, light sensors and X- and gamma-ray detectors…(Read More)

US: Blue Skies Drone Rental LLC (BSDR) has announced a strategic partnership with Israeli based ParaZero to provide state of the art parachute safety systes for popular drone models. Under the agreement, BSDR will provide sales of ready to fly (RTF) kits with the DJI M600pro and other popular models, including support and training on the safety systems. “Drones are becoming increasingly popular and are being used in proximity to crowds of people more often and safety…(Read More)

US: Abaco Systems has announced Release 2.0 of its powerful, flexible ImageFlex image processing and visualization toolkit at the GPU Technology Conference. Leveraging the enormous power of GPU technology, ImageFlex provides an easy-to-use API framework to considerably speed and simplify the development, optimization and maintenance of advanced AI applications – especially those targeted at autonomous vehicles. ImageFlex enables developers of image/video processing and visualization…(Read More)

UK: Antarctica’s great ice sheet is losing ground as it is eroded by warm ocean water circulating beneath its floating edge, a new study has found. A research by the UK Centre for Polar Observation and Modelling (CPOM) at the University of Leeds has produced the first complete map of how the ice sheet’s submarine edge, or “grounding line”, is shifting. Most Antarctic glaciers flow straight into the ocean in deep submarine troughs, the grounding line is the place where their base leaves the sea floor…(Read More)

UK: GeoSpock — the extreme-scale data indexing platform that provides analytics, builds insight, and enables predictions across space and time — on April 5 announced the appointment of Ian Hammond as Chief Operating Officer (COO) and Simon Peace as Chief Financial Officer (CFO).Following the recent closure of a Series A funding round – which saw GeoSpock secure an additional $6.6 million (£5 million), bringing the total amount raised to $13.3 million (£9.25 million) – the data visualisation…(Read More)

Denmark: A 314-kilogram heavy observatory launched to the International Space Station from the Kennedy Space Center is a result of almost 20 years of work by a Danish research team that cost around $50 million. The project is expected to throw light on climate change. The Asim Space Observatory has been successfully launched into space and is now heading toward the International Space Station (ISS). While this is an international project by the European Space Agency…(Read More)

Getty Images and Cortex partner on AI Platform for creatives

US: Getty Images, a worldwide leader in visual communication, today announced a partnership with Cortex, an artificial intelligence platform for creatives that recommends the best Getty Images content for social media campaigns. Cortex’s artificial intelligence analyzes several years’ worth of data from over 33,0000 brands to predict and recommend which color schemes, imagery, and keywords perform best on social media – that can be automated by time, frequency, and subject…(Read More) 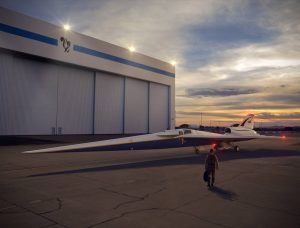 For the first time in decades, NASA aeronautics is moving forward with the construction of a piloted X-plane, designed from scratch to fly faster than sound with the latest in quiet supersonic technologies. The new X-plane’s mission: provide crucial data that could enable commercial supersonic passenger air travel over land. To that end, NASA on April 2 awarded a $247.5 million contract to Lockheed Martin Aeronautics Company of Palmdale, Calif., to build the X-plane and deliver…(Read More)

Economic Impact of Geospatial Industry surges to US$ 2210.7 Billion 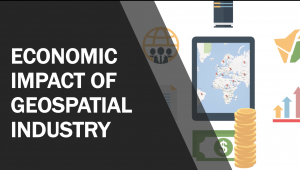 Geospatial information and technology are becoming pervasive in our day to day lives as the ‘location’ component becomes an integral component for decision making in all key economic segments ranging such as Defence and Internal Security, Transportation, Construction, Mining, Agriculture, Utilities, etc. However, even while the industry is growing at an accelerating rate, and almost all key economic segments are leveraging on spatial information…(Read More)