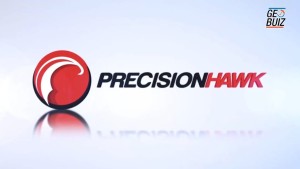 US: PrecisionHawk shared the final results of its beyond visual line of sight (BVLOS) research, conducted on behalf of the Federal Aviation Administration’s (FAA) Pathfinder Program during an event held in Washington, DC yesterday for federal aviation rule-makers and drone policy thought leaders. Their research focused on the development of operational and safety practices, as well as recommendations for technologies that enable drone flight beyond visual line of sight.

In closing comments by PrecisionHawk CEO Michael Chasen, the company announced its intent to offer consulting and training services to enable other operators to safely fly commercial missions BVLOS. The ‘BVLOS and Expanded Drone Operations Consulting Program’ is built on three of years of PrecisionHawk’s Pathfinder research and extensive experience conducting advanced operations under the company’s own BVLOS FAA waivers.

“As a Pathfinder company, we have developed a strong corporate culture of safety and a commitment to helping government and businesses derive value from advanced drone operations,” said Michael Chasen, PrecisionHawk CEO. “Our research, led by Dr. Allison Ferguson, PrecisionHawk’s Director of Airspace Research, is the foundation of the BVLOS and Expanded Drone Operations Consulting Program. Allison has worked closely with the FAA and industry leaders to develop standards that have the potential to revolutionize the drone industry, and it would be remiss not to thank her for her dedication to this project.”

“We look forward to sharing our experience with businesses and operators in a range of industries with the aim of providing more safety data to regulators while fostering the adoption of drone technology at large,” Chasen continued.

Michael Chasen, Dr. Allison Ferguson and Diana Cooper, PrecisionHawk’s SVP Policy and Strategy, were joined by key stakeholders engaged in UAS integration including Rob Pappas, FAA UAS Integration Office, Gemechu Gelgelu, FAA Airspace Policy, Matt DeGarmo of MITRE, and Ethan Klein, Emerging Technologies at the White House Office of Science and Technology Policy to discuss how the final results of PrecisionHawk’s Pathfinder research will help to specify and shape the requirements for advanced drone operations. The final report will be made available to the public in March.

PrecisionHawk also announced on Monday that Diana Cooper will lead the BVLOS and Expanded Drone Operations Consulting Program. Diana joined PrecisionHawk in 2015. She currently serves as the President of the Small UAV Coalition, which brings together leading technology companies working together to pave the way for commercial, philanthropic, and civil use of small UAVs. She has committed her expertise to several UAS regulatory and policy initiatives including the FAA Drone Advisory Subcommittee, the FAA Aviation Rulemaking Committee on Remote Identification and Tracking of UAS, and the NTIA Multi-Stakeholder Process on UAS Privacy. As a recognized thought leader shaping UAS law and regulations, Diana has testified before the Senate Commerce Committee, and briefed the House UAS Caucus on issues affecting the industry. Prior to PrecisionHawk, Diana developed and led the UAS and Robotics Practice Group at a leading law firm.

“Due to the complexities involved with flying BVLOS, the waiver process is purposefully arduous, which has resulted in a very low achievement rate,” said Diana Cooper. “PrecisionHawk has developed expertise in navigating these complexities to support the adoption of BVLOS practices, and I look forward to working directly with organizations to unlock new possibilities for executing inspections, surveys, precision agriculture, emergency response, and more.”

To date, PrecisionHawk has received both its beyond visual line of sight and night operations waiver, allowing the company to commercially operate drones under either scenario. The extension in range offered by BVLOS flight allows a significant expansion in the flight radius, up to 12 times what is achievable within line of sight. This improves operational efficiency, allowing pilots to cover more area in fewer flights. For example, in a single flight, a gas pipeline inspection team might be able to inspect 6 km of pipeline instead of 2. Or an agronomist could measure plant traits over 12 acres instead of 1.

The night operations waiver allows PrecisionHawk to expand its operational capacity to conduct operations that last longer than the day light permits. Now, enterprise clients can use drones in reduced-vision situations like surveillance, law enforcement or in response to fires.

PrecisionHawk has already begun working with enterprise clients to integrate BVLOS operations under the BVLOS and Expanded Drone Operations Consulting Program to address applications like pipeline inspection, environmental monitoring and more. The program will officially launch in March. Interested parties can contact PrecisionHawk