U.S: Emergency responders in the U.S. city of Marshall have shown, during a post-disaster drill, how the first post-emergency images could be critical in monetary assessment of the damage. 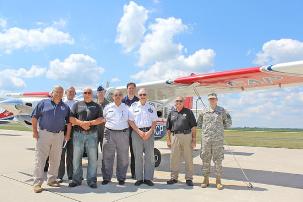 Teams from the Federal Emergency Management Agency (FEMA), the National Geospatial-Intelligence Agency (NGA), the Civil Air Patrol, National Guard and several local law enforcement and emergency departments participated in the drill. The teams focused on collecting images during the first 12-24 hours of the simulated disaster. They walked through the path of simulated destruction and placed colour markers in the houses to indicate simulated damage to each property. The damage was photographed both with handheld cameras and cameras placed on seven airplanes. NGA uploaded the images to a website which helped FEMA officials to make a decision on the level of federal assistance needed in the area. The images also helped FEMA to do the monetary assessment which is essential to declare any event as a “major disaster”.