France: Parrot has announced that they are launching a professional division focused exclusively on the “prosumer” market.

Thus, the company has decided that the new professional division of Parrot will focus on the sweet spot between these two extremes –with drones that will be sold in the $1,000 to $5,000 range for small and medium business applications.

Drones in this “prosumer”-focused division will be aimed at supporting commercial applications such as construction and agriculture, with tools that can be operated without the need for a professional pilot.

The announcement from Parrot comes right on the heels of 3D Robotics releasing the news that they raised $53 million in a series D funding round, with the money raised going to support the growth of their construction-focused platform Site Scan.

Parrot’s new professional division will add additional features and technology to existing drones in Parrot’s portfolio—such as the Disco and the Bebop—to make them suitable for construction, agriculture, real estate, and other applications.

Three of the drones that have been announced for inclusion in Parrot’s Professional division are basically upgraded versions of the two Parrot drones mentioned above, the Bebop and the Disco. 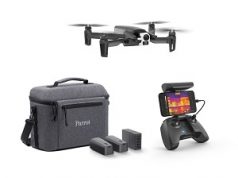 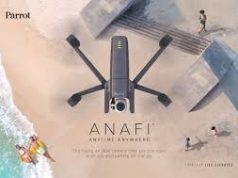 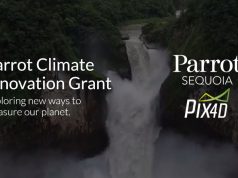