US: Sinclair President Steve Johnson on July 7 announced a partnership with Ohio State that will give Sinclair students a pathway to a 4-year degree in areas like data analytics and geospatial precision agriculture programs.

Ohio State University and Sinclair Community College’s new partnership should position their students to get jobs in an unmanned aerial systems field that is expected to become a $90 billion industry by 2025. Experts believe UAS work will create 100,000 jobs across the country in areas such as precision agriculture, the mapping of pipelines or utility lines and even public safety.

Sinclair has obtained permission from the Federal Aviation Administration to fly their UAS at the Springfield-Beckley Air National Guard Base and the Wilmington Airpark. The college will also seek a certificate of authorisation to fly over the Don Scott Airport in Columbus and the Molly Caren Agricultural Facility near London, according to officials.

Sinclair, meanwhile, recently received $4 million in state funding to expand their location in Dayton to “support the mission of the Nation Centre for UAS Training and Education,” according to the college.

Deb Norris, vice president of workforce development and corporate services for Sinclair Community College said Sinclair has identified three commercial applications for UAS technology. The first is moving into precision agriculture. The second is establishing a more cost effective and accurate reading of geospatial needs. She cited mapping as an example. Finally, the technology could aid emergency first responders in the event of a crisis. 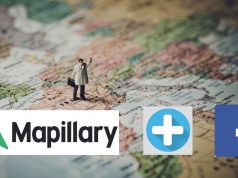