Mongolia, October 27, 2014: The Asia Foundation and Ulaanbaatar City’s Metropolitan Department of Information Technology recently organised a map ‘Edit-a-thon’ to promote Open Street Map (OSM) at the School of Information Telecommunications Technology, Mongolian University of Science and Technology. The event brought together 60 enthusiastic young mappers and was facilitated by experienced local OSM mappers, who are actively engaged in building, editing and developing OSM in Ulaanbaatar, Mongolia.

The main objective of the event was to provide information regarding OSM and to increase knowledge of building, editing and developing OSM in Mongolia. The experienced mappers first provided hands on guidance on OSM mapping skills to the participants who later gathered in pairs to start mapping. On the OSM platform, these mappers were able to view, edit, and trace using newly available digital satellite imagery of Ulaanbaatar.

This high-resolution satellite imagery was recently made available to the Foundation for tracing in OSM by DigitalGlobe. The new imagery is more recent and of higher quality than anything previously available to OSM editors, who will use it as a guide: adding roads, buildings, rivers, railways, and other features to OSM’s map of Ulaanbaatar. Mapbox, which provides platform for the creation of custom online maps, processed the raw satellite imagery to prepare it for use in OSM and is hosting the resulting map tiles.

The event has resulted in generating more than 2,000 square kilometres of high-quality satellite imagery of Ulaanbaatar for viewing and editing in OSM. With this imagery, Mongolian citizens and the rest of the world will have an opportunity to build a map of Ulaanbaatar that is more comprehensive than any other publicly available map. 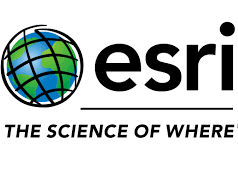 Esri partners with GeoComm and RapidSOS for faster response to emergencies