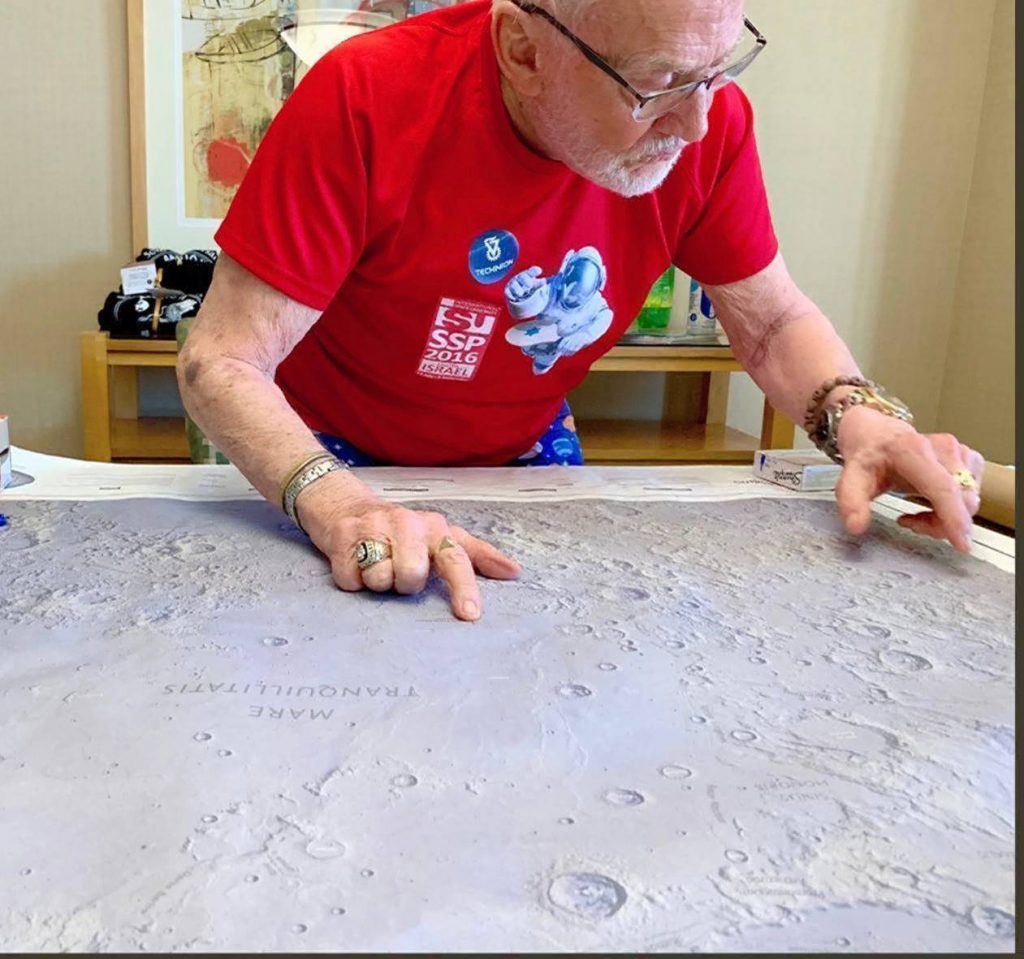 UK: For the first time ever, Ordnance Survey’s (OS) recent experimental and custom cartography and geodata visualizations have been brought together in a free-to-access-online-virtual-art-gallery. The GeoDataViz (GDV) exhibition can be explored on laptops and PCs and presents visitors with a perfect blend of OS’s art and Science.

From giant maps of Mars and the recent anniversary map of the Moon landing, each done in OS’s iconic mapping style, to two OS collaborations with composer Ewan Campbell, which plays his original compositions as you approach them, the exhibition has the potential to delight and surprise. The virtual gallery also contains other rooms that are currently closed off, but the plan is for these rooms host guest cartographic and data viz exhibitions.

The exhibition has been organized by Cartographic Design Consultants Charley Glynn and Paul Naylor. Charley says: “Whether it’s maps in caves depicting hunting grounds or the stars, humans have been creating maps and data visualizations since at least prehistoric times. It is an ancient art form that continues to develop. We would like this gallery to become a central place for celebrating the beauty and creativity found in the extraordinary world of cartography and data viz.

“We wanted to replicate the look and feel of an art gallery, so visitors can enjoy everything at their own pace. Over time we will be adding new artwork to the gallery and opening up the other rooms to exhibit the work of other artists. We are also looking to incorporate real-time, animated, 3D, interactive content. We hope people enjoy the experience and let us know what they think using #GDVGallery.”

Guy Heathcote, Product Development Consultant at OS, who oversaw the gallery’s construction, says: “The initial concept emerged in 2018, as a potential off-shoot from exploratory work we were doing with VR headsets, but it was put on hold as we created a ‘virtual museum’ for the collaborative Smart City CityVerve project.  The idea was not forgotten, though, and we’ve since made time to further expand on our ideas and build our first release.

“The gallery was built using the Unity game engine, with the 3D models and 2D assets created in Blender and GIMP respectively. To maximize accessibility, we chose to release the gallery as a browser-based WebGL application. I hope we have made a platform that’s well suited to combining diverse media in an intuitive and memorable way.”

Take a tour of the gallery: https://labs.os.uk/public/geodataviz-gallery/