US: Orbital ATK’s barrel-shaped Cygnus cargo ship was launched atop an Antares rocket. It is packed with 7,400 pounds (3,350 kilograms) of food and supplies for the astronauts living at the International Space Station and took off from Wallops Island, Virginia.

“Five, four, three, two, one and we have ignition,” said Orbital ATK’s mission control operator, as the rocket’s engines were launched. The spacecraft reached orbit about nine minutes later.

This is the eighth mission for Orbital ATK, which has a $1.9 billion contract with NASA for resupplying the orbiting outpost.

Among the various experiments that will take place on board is a satellite that will test how bacteria grow in microgravity and attempt to determine the minimum amount of antibiotic needed to hinder its growth.

Italian astronaut Paolo Nespoli of the European Space Agency and NASA astronaut Randy Bresnik will use the space station’s robotic arm for getting hold of Cygnus, NASA said.

After unloading its contents, astronauts will repack it with several tons of trash so it can be shipped off on December 4.

Eventually, it will burn up upon re-entry into Earth’s atmosphere.

The current crew of six astronauts at the space station includes three Americans, one Italian and two Russians. 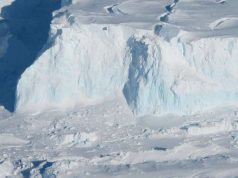