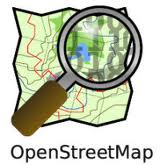 USA: Apple has finally given credit where credit was due: To OpenStreetMap, a crowdsourced world map that Apple recently began using in its iPhoto app without proper attribution.

“Apple attributes OSM in iPhoto,” OpenStreetMap’s official Twitter account announced on Thursday, including a screenshot of the credit.

“We were first aware earlier today – literally a short while before the tweet went out,” said Richard Fairhurst, a board member at the OpenStreetMap Foundation, a nonprofit organization which oversees the mapping project, in an email to TPM.

The belated attribution comes nearly two months after Apple switched from using Google Maps as its default mapping software in mobile applications to OpenStreetMap for its new version of photo-editing app iPhoto, released along with the new iPad on May 7.

But tech bloggers quickly realized something strange about the map portion of iPhoto: The software appeared to be using OpenStreetMap, but without officially crediting OpenStreetMap for the data.

Though the OpenStreetMap is free for all to use, the crowdsourced world map — which has been carefully assembled by an army of over 500,000 volunteers from around the globe over the past eight years — only asks in return that users properly credit the service with line of attribution somewhere in the resulting product.

Other big-name recent defectors from Google Maps, such as the geolocation app Foursquare and Wikipedia, have made sure to properly credit OpenStreetMap in their apps.

Until Thursday, Apple seemed to be giving OpenStreetMap the cold shoulder. Despite that, OpenStreetMap’s UK-based administrators took the high road, enthusiastically welcoming Apple to their service and seeing Apple’s move as further validation of their map.

OpenStreetMap’s Fairhurst explained to TPM the story of how Apple finally got around to giving the upstart its proper credit: By a nudge from the Foundation and through a third-party Apple developer.

“The OSM Foundation has made informal contact with staff at Apple and, in addition, one of our volunteer mappers who is an iOS developer spoke to people at Apple. We believe it was the latter that precipitated adding the attribution – it’s great to have such an active and engaged community!

“Obviously we’d rather that Apple had attributed right from the start, but nonetheless this is a big step forward,” Fairhurst told TPM. “If the biggest computer company in the world, one with a perfectionist instinct, feels that OpenStreetMap data meets its needs and is happy to publicly attribute us, then that’s a great vote of confidence in our community’s work.”

OpenStreetMap aims to compete with Google Maps as being the most widely used map on the Internet. Although it has a ways to go (OpenStreetMap is ranked at number 7 in terms of most popular online maps, according to tracking firm Alexa), OpenStreetMap has seen more high-profile defections recently and may be benefitting from Google’s decision to begin charging companies for heavy use of its Google Maps API.