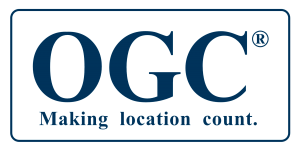 The Symbology Conceptual Core Model (SymCore) is the basis for defining symbology rules for the portrayal of geographic data. The model is modular and extensible (one core model, many extensions), and also encoding agnostic (one symbology model, many encodings).

The work by the SymCore Standards Working Group that led to this proposal was done as a continuation of the OGC Symbology Encoding standard (SE 1.1), only with a focus on modularity and extensibility.

SymCore provides a consistent approach that:

As such, Symcore defines a more general and portable symbology model for use across the broad OGC standards baseline that can be applied to geospatial datasets as well as online geospatial data and mapping services.

Potential implementations of SymCore are expected to enhance OGC standards such as the  Web Map Service,  Web Feature Service,  GeoPackage, and others. By sharing a common core, and using the extension mechanism, integration of these standards for the purposes of cartographic representation could be greatly simplified.

Last year, authors of the SCCM standard requested early public feedback in advance of finalizing the candidate standard to ensure that the work was reflecting the community’s needs. This announcement marks the start of the formal public comment period as the standard moves towards adoption.