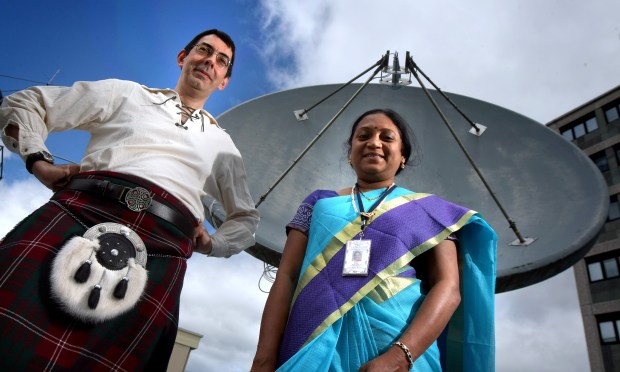 UK: Images taken by ISRO’s Oceansat-2 earth observation satellite will help scientists at the Dundee University in their research. The data collated by the satellite will be transmitted to the Dundee Satellite Receiving Station (DSRS) and distributed to other research centres across the UK.

The university will provide data reception and processing facilities for the satellite and will host engineers from the Indian Space Research Organisation, who will install and test the satellite’s systems.

The arrangement between the university and Antrix Corporation Limited, the commercial arm of the Indian Space Research Organisation (ISRO), is only the second of its kind outside of India. The images taken will be primarily used in marine research, with marine scientists using the data to check chlorophyll levels and sea surface temperatures.

Dr Paul Crawford, of the DSRS, said: “We are delighted to be working with the Indian Space Research Organisation, who have made significant advances in the field in recent years.

“The data from this earth observation satellite are received and processed by their National Remote Sensing Centre near Hyderabad.

“At present, we will be one of only two sites outside of the Indian coverage area to receive and process the ocean colour image data directly and as such it will be a very useful addition to the other satellites we routinely take data from.

Dundee Satellite Receiving Station has collected satellite images and data for over 40 years and holds image records of the planet dating back to 1978, after the launch of the first weather satellite.

The station has traditionally received images from US and European satellites and the collected data has been used in areas such as meteorology, vegetation, snow and ice, volcano and earthquake research.