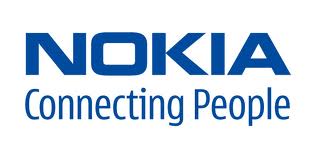 US: Nokia Corp. will step up investment in its digital mapping business, using leading-edge technology to differentiate itself from competitors as it seeks to regain lost ground, WSJ.com reported.

During a conference call with investors, Nokia’s Chief Executive Stephen Elop described the imminent launch of Microsoft Corp.’s next version of the Windows operating system, Windows 8, as an important step for Nokia. He added that Nokia’s digital mapping business will be an essential part of the Windows 8 operating system. “Microsoft has a critical dependency on Nokia when it comes to location-based services,” Elop said.

Digital mapping and location technology is increasingly grabbing the attention of the world’s dominant technology firms, Elop observed, adding that its competitors are “making a lot of noise about an area in which Nokia has already invested for a long time.”

“We think we have the best location assets by far compared with the competition,” opined Elop.

Several portable GPS devices made by companies such as Garmin Ltd., as well as Web-based map applications, including those of Yahoo! Inc. and Microsoft’s Bing Maps, use Navteq’s platform today.

While Navteq is one of the most widely used digital mapping platforms, Google Inc. has dominated smartphone navigation on mobile devices until now. Its Google Maps software runs on its own Android operating system for mobile phones.

Dutch navigation system maker TomTom NV provides maps for Google, but the deal, forged four years ago, runs out in a year’s time as Google is building up its own map base.

Last week, Apple announced that it will ditch Google Maps, as it forged a deal with TomTom for mapping services in the next version of the software powering its iPhones and iPads.