NOAA has posted online more than 1,500 aerial images of some of the regions that were affected by Hurricane Wilma this week. NOAA began aerial survey missions the day after Hurricane Wilma hit as a major Category Three hurricane at Cape Romano 15 to 18 miles south-southeast of Naples. The regions photographed on Tuesday, Wednesday and Thursday include the Florida Keys, southwestern portions of the state and areas near Lake Okeechobee. The aerial photography missions were conducted by the NOAA Remote Sensing Division.

NOAA used an Emerge/Applanix Digital Sensor System, or DSS, to acquire the images from an altitude of 7,500 feet. The equipment was mounted on NOAA’s Cessna Citation aircraft, which is a versatile twin-engine jet aircraft modified for acquiring coastal remote sensing imagery. The aircraft can support a wide variety of remote sensing configurations, including large format aerial photography, as well as data collection for digital cameras, hyperspectral, multispectral and LIDAR systems. 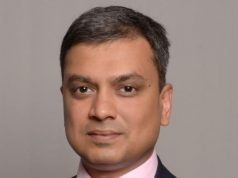