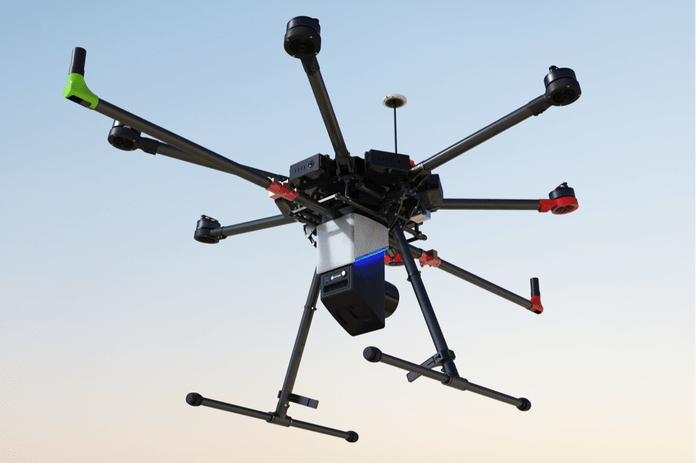 Australia: Whilst it was just last year that Australian based company Airsight announced its first NextCore LiDAR Unit, built specifically for the DJI M600, the Australian company has just announced its new NextCore RN Series. The new, aggressively priced, series has been designed with the same easy to operate interface but allows UAV operators to select components based on their needs.

Utilising the Quanergy M8 LiDAR unit, the RN50 comes as a payload only option and allows operators who already have access to suitable GNSS data to use their existing base station equipment or RINEX subscriptions to process accurate LiDAR datasets. Through improved production methods, increased demand and a move away from a propriety GNSS base the RN series effectively halves the price of the previous version.

Nick Smith CEO of Airsight Australia said “As we’ve sold units across the world we’ve discovered that different countries and operators have different operational requirements. When we built the first version, for example, we built our base station as an integral part of the unit. Whilst we still build and sell a propriety unit that communicates with the payload, for many operators looking to get the benefits out of accuracy UAV LiDAR scanning this unnecessary.”

All customers get access to desktop pre-processing software called NextCore Fusion and receive three months free access to the cloud-based post-processing platform before going onto a subscription service.

Demonstrations of the RN Series begin in Tokyo, Japan April 11th, 2019 with further demonstrations planned across Australia in May. Airsight will conduct trials in the US, UK and Asia in the second half of the year.

A demonstration unit will be onsite at the Locate19 Conference in Melbourne, Australia from 8th – 11th April 2019. Prices start below $40,000 US with monthly subscriptions starting at $300 US per month.