India: The Indian government is planning to offer the new Gagan (GPS-aided geo augmented navigation) system to Southeast Asian countries to generate financial resources and showcase the country’s next generation navigation and surveillance technologies. The satellite-based augmentation system helps aircraft navigate by GPS. The system free enhanced satellite navigation signals over India that are 10 times more precise than GPS. The advanced features of the system provide better accuracy, integrity and continuity of navigation services for various applications in the civil aviation sector by using data from satellites rather than ground-based radar tracking systems.

According to a spokesperson of the Airports Authority of India, AAI is working on show casing the technology to interested parties. The government is also in favour of sharing the new technology that can also be used in non-aviation sectors. “The possible users might come from the ASEAN (Association of South East Asian Nations). There are also plans to provide global navigation services by clubbing Gagan’s capabilities with that of the US GPS, Russian GLONASS, European Galileo, Chinese Compass, Japanese Quasi Zenith Satellite System.The system can also provide useful information in various non-aviation fields like vehicle tracking, intelligent highway systems, train tracking, disaster management, search and rescue operations, surveying land management through terrestrial mapping and marine and farming applications,” added the spokesperson.

According to a senior official with the communications, navigation, and surveillance (CNS) arm of the AAI, the satellite-based location systems like Gagan can be used in providing an aircraft’s location to ground-based tracking units. “Gagan’s job is to provide GPS-based location of the aircraft to pilots, thereby saving fuel. The system can also provide real-time satellite-based location to ground handlers. Gagan can work in various phases of the aircraft’s flight from take-off, cruising and landing. This system then can be used to pinpoint the exact location of the aircraft even if a crash has occurred. This can be beneficial in averting such incidents (like MH 370) in the future,” added the official. 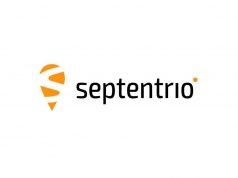