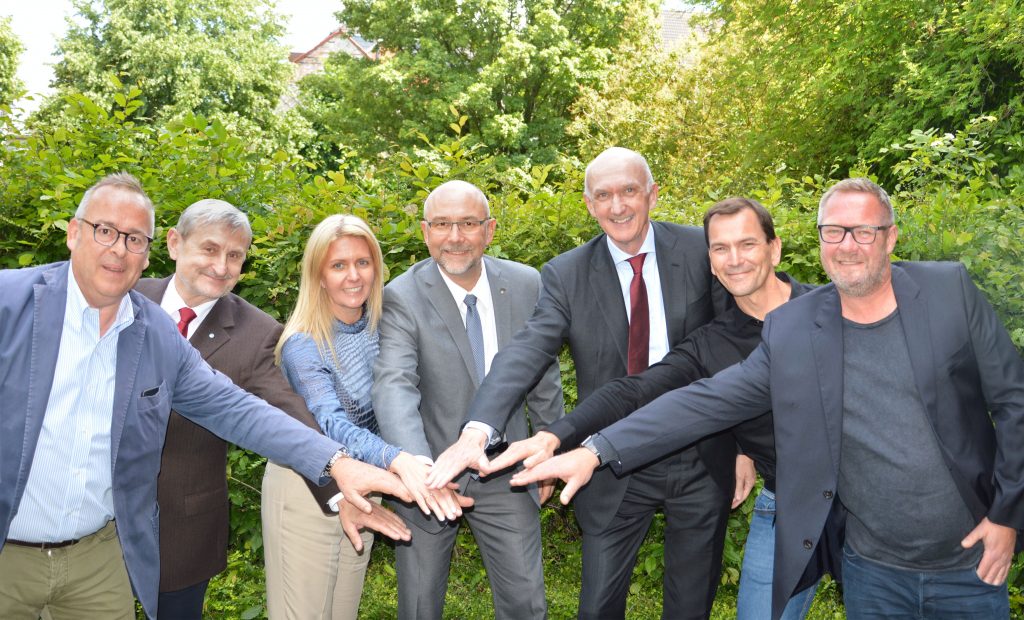 In Europe, several leaders in aerial mapping have come together to create the European Association of Aerial Surveying Industries (EAASI), a new association promoting the benefits of aerial surveying to the wider commercial and government sectors.

Similar in concept to MAPPS (the national association of firms in the surveying, spatial data and geographic information systems fields) in the US, the EAASIwas incorporated on June 6th, 2019, followed by the first Association Board meeting.

Founding members and board

The Association Founders encourage industry stakeholders from across Europe to join and become part of the future of aerial surveying in the region. “I am very excited to be part of this important chapter in the history of aerial surveying in Europe,” commented Simon Musäus, President of the European Association of Aerial Surveying Industries in EAASI’s first press release. “By working together across geographical boundaries, political divides and commercial opportunities we can create a platform from which our industry can develop the strong future it deserves.”

André Jadot, CEO of Eurosense and Vice-President of EAASI, added: “I am enthusiastic about the set-up of the association. This will substantially increase the visibility of our industry and enlarge the access to an increasing number of market opportunities all over Europe and world-wide. I believe that the association will accelerate the pace in which aerial surveying data will further be adopted by professionals.”

Rachel Tidmarsh, Managing Director of UK based Bluesky International and Treasurer of EAASI, stated, “This is an exciting time for aerial surveying with many opportunities being created by technological innovations in virtual reality, smart cities, connected systems and digitalisation. By working together we can create a future for aerial mapping that is far greater than the sum of its parts.”

Following the inaugural meeting EAASI launched its articles of incorporation including a public manifesto, administrative documents and an action plan to achieve its goals. These include promoting the benefits of aerial surveying, improving awareness of aerial survey data within fields such as digitalisation, information systems and virtual reality and defining, maintaining and promoting best practice within the aerial surveying industry.

The newly elected EAASI Board also announced their first Annual General Meeting and EAASI’sAerial SurveyIndustry Summit, which will take place on December 4th and 5th in Brussels, Belgium.Both events will serve as examples of the Association enforcing and facilitating networking, providing information and promotingdevelopment of a sustainable market for geo-information using aerial surveying.