US: NASA scientists have used GPS to find the total weight of winter snowpack and soil moisture in California's Sierra Nevada. The new results complement other satellite measurements and could provide a reality check for computer models used to estimate the state's water and snowpack.

A team led by Donald Argus of NASA's Jet Propulsion Laboratory, Pasadena, Calif., studied data from 1,069 GPS research sites in California, Nevada, Oregon and Washington, extending back to 2006. For each site, they averaged the difference in the ground level between October 1 (the end of the dry season) and April 1 of each year, when the snow is likely to be at its greatest weight. They then calculated how much water would be required to create the observed height changes.

The GPS water data could help inform water managers what water resources were likely to be available after the winter or provide early warning of how dry the mountains are going to be in a fire season. They complement airborne and space missions that measure the water cycle, such as JPL's Airborne Snow Observatory and Gravity Recovery and Climate Experiment spacecraft.

"Researchers have known that up-and-down movements observed in GPS sites may be due to the weight of water, but this is the first time we've inferred the volume of water from GPS movements," said Argus. The results were published recently in Geophysical Research Letters. JPL's Yuning Fu and Felix Landerer are co-authors.

GPS receivers used for scientific research are far more precise than the commercial models found in cars and backpacks worldwide. These scientific receivers can measure changes in their location smaller than a quarter of an inch. 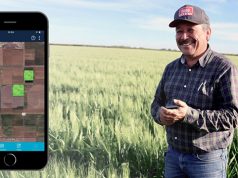