US: Anyone who has struggled to pinpoint his or her location in a mall, airport or urban canyon amid skyscrapers has experienced a GPS gap firsthand. Buildings, jammers and the landscape itself can block a signal's path between GPS satellites and receivers in a smartphone or other digital device. A new ground-based system by Australian company Locata is the first to produce a signal that merges seamlessly with the GPS network. And it is incredibly accurate.

Conventional GPS determines location by measuring the time it takes for a signal to travel from a transmitting satellite in medium Earth orbit to a receiver. Three such readings from three separate satellites triangulate a location in 2-D space (longitude and latitude); a fourth signal lets the system assess 3-D space (altitude). Each satellite carries four atomic clocks that are synchronized twice daily with a master clock in Colorado Springs, Colo. The blind-spot problem presents itself simply: if a user moves out of the satellites' sight lines, the signal is lost.

Locata's system resolves this issue by layering in an independent network of transceivers that communicate over ground. A test last year in Washington, D.C., by the U.S. Naval Observatory, the division responsible for maintaining the GPS master clock, found that Locata's web of signals synced up within 200 trillionths of a second, more than 50 times faster than GPS. And unlike GPS, the signals are strong enough to pass through walls. “We're analogous to a Wi-Fi hotspot,” explains Locata CEO and co-founder Nunzio Gambale, who has been designing the system for some 20 years.

The system most likely is a decade from the consumer market but has proved successful so far in commercial partnerships, including a recent deal with the nasa Langley Research Center, where the technology assists tests of unmanned aircraft safety systems. Locata networks also have helped assess the efficacy of vehicle crash-avoidance systems at the Insurance Institute for Highway Safety and have been used to monitor U.S. Air Force aircraft locations at the White Sands Missile Range in New Mexico, where GPS is currently jammed to simulate warfare environments.

Ideally Locata transceivers would be integrated into all cellular towers, bringing centimeter-level location accuracy to everyday consumers, Gambale says. And receivers eventually will be small enough to embed in smartphones and thousands of other connected devices, ranging from watches to dog tags to self-driving cars. “The next-generation systems need a lot of synchronization,” he says. “So the Internet of Things, which is inevitable and coming, raises the bar enormously.” 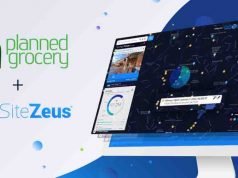