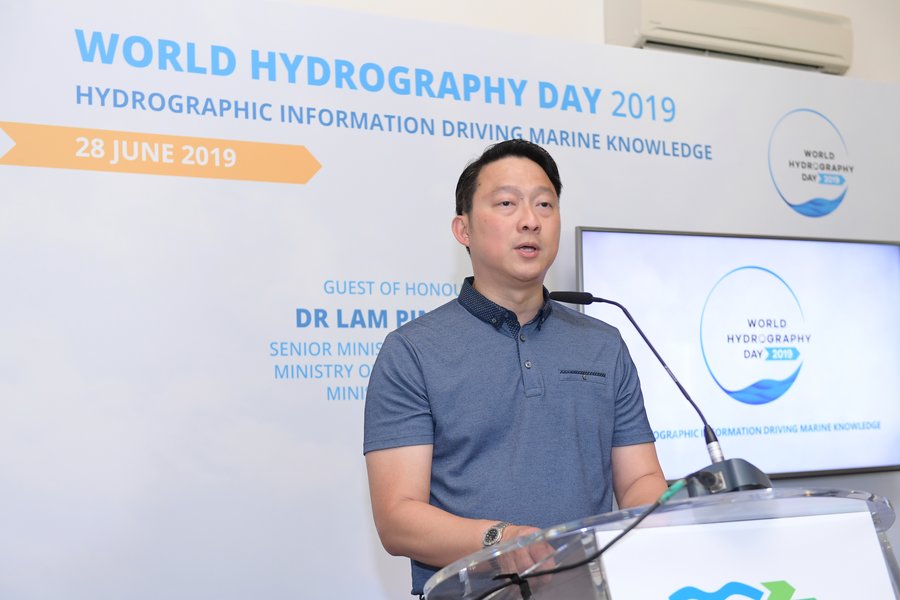 Singapore: In conjunction with the World Hydrography Day 2019, Dr Lam Pin Min, Senior Minister of State for Transport and Health, today has announced the launch of GeoSpace-Sea, a new National Marine Spatial Data Infrastructure. GeoSpace-Sea will harness and integrate the latest geospatial information from various sources of Singapore’s marine and coastal data.  The Maritime and Port Authority of Singapore (MPA), together with 11 other government agencies and the Tropical Marine Science Institute from the National University of Singapore, will develop GeoSpace-Sea in phases.

Presently, information about sea space resides and is managed by different agencies. When fully developed, the GeoSpace-Sea system will provide comprehensive and consolidated geospatial data for port, marine and coastal planning, and environmental management in a timely and efficient manner.

The first phase is scheduled to commence from the third quarter of 2019. For a start, the GeoSpace-Sea database will be populated with hydrographic data, marine environment data such as coastline details, and habitat data. Upon completion of the first phase, user agencies will be able to access a central repository of authorised marine and coastal geospatial data in a single location including viewing the seabed in three-dimension.

The GeoSpace-Sea system will adopt open data standards to promote interoperability for users to integrate and overlay various marine, coastal and land data, so as to better co-relate, analyze and utilize the various geospatial data types. This would support the development of a wide range of applications, and allow more holistic planning of sustainable marine space for Singapore.

In future phases, the initiative will be extended to institutes of higher learning and marine science institutes for marine science research. Applications would also be developed for 3D and near real-time coastal and seabed visualization, and marine models and simulations.