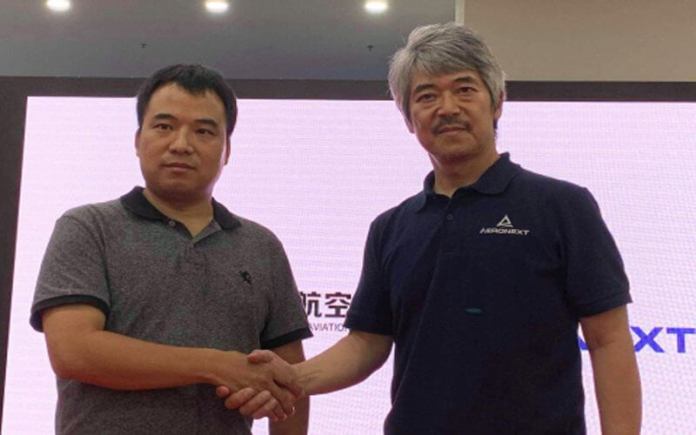 China: MMC (Micromulticopter Aviation) signed a deal with Aeronext on joint development of 4D Gravity drone on June 20th in Shenzhen. The two companies will jointly bring into implementation the idea of a 4D gravity drone which features gravity controlling technology to further the expansion of the UAV-Ecosystem.

The new drone boasts higher stability to the extent of capable of delivering a bowl of noodles without spilling out a drop of soup. In addition, the 4D Gravity drone undergoes a drastic change in its structure for higher stability and reliability to broaden its applicable industrial areas.

Ever since the launch of the MMC UAV-Ecosystem in September of 2018, MMC has been insistently expanding the ecosystem with an “open to cooperation and share for win-win” mindset.

The cooperation with Aeronext is based on the robust R&D advantage and UAV manufacturing capability of MMC who aims to boost the realization of innovative UAV idea and aligns with industry partners to trailblaze new UAV frontier, thus creating a more diversified UAV-Ecosystem.