Aotearoa 'the land of the long white cloud' is the Maori name attributed to New Zealand. However, this is not the only cloud association of the wet shaky isles may be known for. Wellington start-up GreenButton has launched loudly onto the international stage as a business with tools that allow spatial industry businesses working with large 3D datasets to harness massive compute power from the cloud to easily run compute-intensive workloads.

It was just in 2011 that GreenButton entered into a partnership with Auckland based startup Nextspace to develop tools for distributed rendering on the cloud and then signed an alliance agreement with Microsoft for porting the transaction management and distributed rendering technology to the Azure platform. The partnership was announced with a cutting edge visual presentation by GreenButton CEO Scott Houston (former CIO at Sir Peter Jackson's animation studio Weta Digital) in the US at the official launch Azure Cloud.

This month's announcement of Microsoft's acquisition brings GreenButton's quest to bring high performance computing to the spatial industries via the cloud a major leap forward. 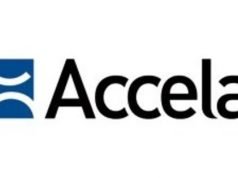