US: MDA, a business unit of Maxar Technologies (formerly MacDonald, Dettwiler and Associates) has announced that it has signed a contract valued at approximately CA$15 million with NATO Communications and Information Agency (NCI). MDA will build a new system to support NATO’s maritime command and control operations under Project TRITON based on a modern software architecture and technology. This capability will be provided on both fixed and deployable systems. MDA will also provide NATO with a stand-alone command and control visualization capability which is planned to become the standardized map and object visualization for all NATO information technology systems.

The MDA TRITON system will provide the NATO community with an integrated, robust, and flexible capability supporting a set of services available throughout the Bi-Strategic Command Automated Information System and NATO operational theatres. The system will enable NATO and NATO member nations to establish and share a common view of the maritime operations thereby improving their situational awareness and decision-making processes.

Norman Hannaford, MDA’s vice president and general manager responsible for the surveillance and intelligence business said, “MDA is pleased to combine its strengths in command and control and maritime surveillance to provide NATO with the highest quality, operational maritime command and control system. We look forward to this award signaling the start of a long-term strategic partnership through which MDA’s Canadian technology can support NATO’s critical mission needs.”

Kevin Scheid, NCIA’s General Manager said, “NCIA is delighted to have an opportunity to work with a Canadian company that brings the depth and breadth of Canadian maritime command and control experience to NATO for the Triton project.”

Kerry Buck, the Permanent Representative of Canada to NATO, noted, “NATO is at the core of Canada’s national security policy.  We are proud that NATO will leverage Canadian technology and expertise to contribute to enhanced communications and support interoperability in NATO.” 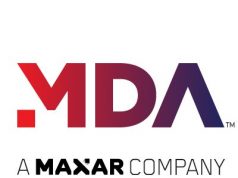 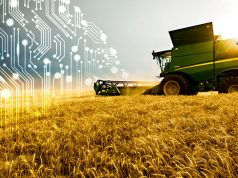 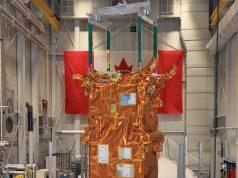