Australia: Techno-Sciences (TSi), a recently-acquired company of McMurdo Group, has been chosen by the Australia Maritime Safety Authority (AMSA) and Maritime New Zealand (MNZ) to deploy their next-generation satellite-aided search and rescue systems.

The MEOSAR (Medium-altitude Earth Orbit Search and Rescue) installations will be the first such systems in Asia Pacific and will significantly reduce the time between a distress beacon activation and the resulting emergency alert notification from hours to minutes, accelerating the rescue coordination effort by SAR personnel.

The deal, which exceeds €13 million approximately $17 million USD), includes a six-antenna MEOSAR satellite ground station system (MEOLUT) in each country, a common Mission Control Centre (MCC) in Canberra and associated support and maintenance. Installation is scheduled to start in September 2014 and is expected to take 15 months. The installation phase will be followed by a 10-year maintenance period.

In a typical satellite-based search and rescue scenario, ships, aircraft or individuals transmit distress signals from an emergency location beacon via satellite to a fixed ground receiving station, or local user terminal (LUT). The ground receiving station calculates the location of the emergency and generates an alert for the appropriate rescue authorities. Today, the beacon-to-alert process depends on a limited number of Low-altitude Earth Orbit (LEO) satellites and may take several hours before a position is confirmed. The development and implementation of MEOSAR will reduce this time to minutes.

MEOSAR, currently in its Demonstration and Evaluation phase, is expected to have Initial Operational Capability in 2016 and Full Operational Capability by 2018. MEOSAR will use SAR-enhanced Galileo (Europe), GPS (US) and GLONASS (Russia) satellite constellations for greater global coverage and includes innovative end-user beacon functionality such as a return-link service on Galileo satellites to acknowledge distress signal receipt and provide ongoing rescue effort status. 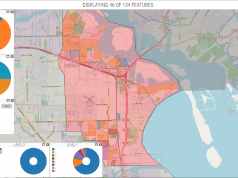