Maxar Technologies Inc. has inked an agreement to sell its space robotics subsidiary — MacDonald, Dettwiler and Associates (MDA) to a group of private equity firms for a whopping $765 million. The purchasing entity led by Northern Private Capital (NPC) will be accountable for the development of Canadarm and Canadarm2 robotic manipulators, which are used on the Space Shuttle and the International Space Station, respectively. Post the news, shares of this space technology provider jumped 15.40% to $16.49 on Dec 30.

MDA, which is the Canadian subsidiary of Maxar, is involved in the development of advanced defense and maritime systems, space robotics, satellite antennas, and surveillance and intelligence solutions. With a workforce of 1,900 employees, it delivers avant-garde space and terrestrial applications and next-gen space exploration solutions across Canada.

Per the deal, the Toronto-based private investment firm will acquire MDA’s operations across Canada and the United Kingdom. The transaction, which is financed by a mix of debt and equity, is anticipated to generate approximately $85 million and $370 million in adjusted EBITDA and revenues, respectively, in 2019. The space technology provider intends to utilize the proceeds for the development of space infrastructure, earth intelligence and geospatial data and analytics.

A few days ago, it secured important wins in its Space Systems business, including initial work on Canadarm3 and the TEMPO instrument for NASA. It also witnessed robust growth in Imagery and Services segments, including a four-year contract award for its Global-EGD service, a program to support GEOINT Cloud Architecture for the U.S. Air Force.

Amid burgeoning debt of $3.1 billion (as of September 2019), this deal comes as a likely savior for Maxar. When combined with the recently completed Palo Alto Real Estate transaction, it will aid the company to reduce its overall debt burden by more than $1 billion. The combined transaction is likely to considerably improve the capital structure by reducing its leverage ratio.

Post closure, MDA, which has helped establish part of the International Space Station, will continue to function as a separate entity within NPC’s portfolio. All these factors are projected to lower the prior guidance of Maxar for free cash flow and adjusted EBITDA by almost $50 million for 2022-2023. Subject to certain regulatory approvals, the much-awaited deal is expected to close in 2020.

Driven by diligent execution of operational strategies, the stock has rallied 108.2% compared with the industry’s growth of 16% in the past six months. 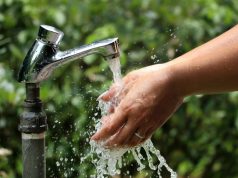