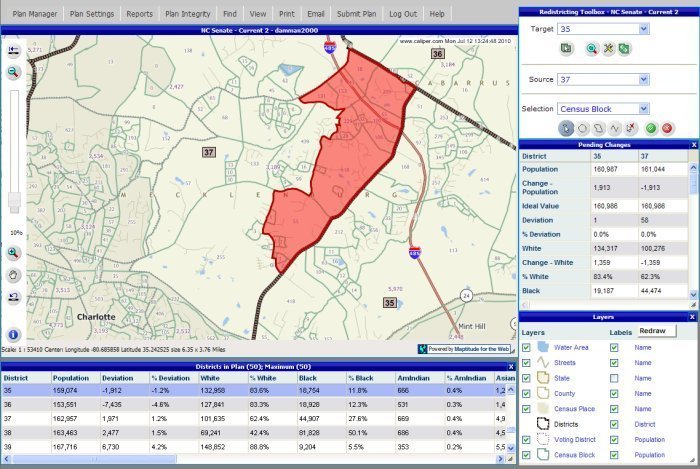 US: Maptitude for Online Redistricting is the tool of choice for Maryland’s Emergency Commission on Sixth Congressional District Gerrymandering.

Maryland announced it will provide citizens with the opportunity to help redraw Maryland’s 6th Congressional district hours before the Supreme Court agreed to consider Benisek v. Lamone. District boundaries must be redrawn on the basis of compactness and geographic continuity, and with regard for natural boundaries, boundaries of political subdivisions, and geographic and other communities of interest, and without considering how citizens are registered to vote or have voted in the past or to what political party they belong.

“Free and fair elections are the very foundation of American democracy and the most basic promise that those in power can pledge to citizens.”, says Governor Larry Hogan, Maryland

The Public Edition is intended for states that are legally required to, or simply wish to, open the redistricting process up to the general public. Anyone can logon, establish a user name and password, and create one or more redistricting plans.