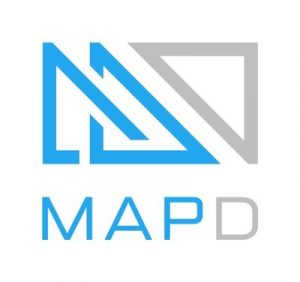 US: MapD has announced the launch of MapD Cloud, the first ever software-as-a-service (SaaS) offering of GPU-accelerated analytics. Now, analysts and data scientists everywhere have one-click access to the world’s fastest open source SQL engine and visual analytics platform.

Unlike mainstream analytics tools, the MapD platform is designed and engineered specifically for extreme scale and speed, making it perfectly suited to use cases involving large volumes, and high velocity, of structured data. MapD Cloud provides many of the capabilities of the MapD enterprise platform, including the ability to query and visually explore very large datasets in milliseconds. This promises to fundamentally change large-scale analytics work from a waiting game to a speed-of-thought experience.

MapD Cloud is available at several subscription tiers, with pricing starting as low as $150 a month, for up to 10 million-row structured data sets.  All users can start with a free, 2-week trial, for up to 100 million rows.  For larger customers, MapD provides an enterprise-grade, managed cloud service that scales to tens of billions of records, while still providing sub-second query performance. The MapD platform also remains available as a download (open source or enterprise license) for customers wanting to run on their own hardware.

“Customers tell us their traditional analytics tools are failing to cope with the torrent of massive datasets their organizations are facing. While MapD was invented to solve that problem, our vision has always been to make this available to the many, not the few.” said Todd Mostak, co-founder and CEO, MapD. “The launch of MapD Cloud is an important milestone toward that vision.”

“With more than 18 billion downloads per month and doubling every 9 months, we have a ton of data to sift through to spot trends and diagnose problems,” noted Laurie Voss, co-founder and COO of npm, Inc., the world’s largest software registry. “MapD lets us answer questions about our community and explore trends in all the different dimensions of our data in real time. We’re excited about MapD Cloud, which will give us all that power in a convenient, scalable way.”

“The volume of data we need to visualize and explore eclipses the capabilities of traditional geospatial analytics applications,” said Ben Lewis, Geospatial Technology Manager at Harvard Center for Geographic Analysis. “At the same time, we want to avoid the complexity of implementing our own GPU instances and are looking to open up analytics to as many of our research teams as possible. With MapD Cloud, our researchers can test their hypotheses quickly and easily using the extremely fast query and visualization capabilities of MapD.”

MapD Cloud runs on NVIDIA GPUs from the leading cloud infrastructure providers. Jim McHugh, Vice President and General Manager, NVIDIA, said, “We believe the powerful combination of the MapD software with NVIDIA hardware, packaged in one experience that’s easy to adopt and use, represents another significant step toward mainstream adoption of GPU-accelerated analytics.”