US: Mapbox has started updating its imagery on Mapbox Satellite partnering with DigitalGlobe. According to a blogpost by the company, Mapbox will add 500,000 sq km of fresh imagery at very high resolution to key spots all around the world. In order to facilitate OpenStreetMap tracing, the company has also added feedback tool to its online maps.

Mapbox is also extending its satellite mosaic production infrastructure while working on the next version of Cloudless Atlas. The new version of Cloudless Atlas uses Landsat imagery, giving users half-trillion new cloud-free pixels down to zoom level 12. “We have focused on open sourcing key parts of our imagery processing pipeline so that we can work together with other players in the satellite space,” the company stated.

When building the Cloudless Atlas pipeline, Mapbox has used GDAL library and its utilities extensively. GDAL is fast and dependable and open source. 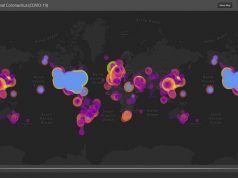