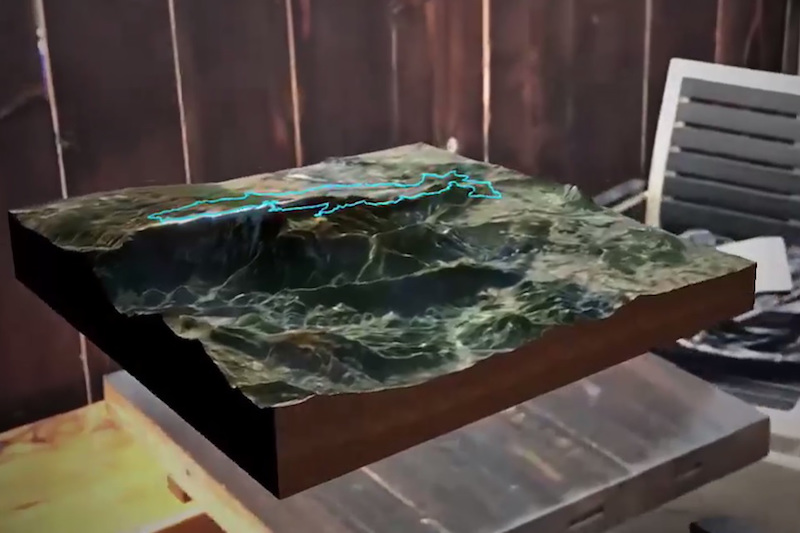 US: Mapping and location platform, Mapbox, has acquired Fitness AR, the augmented reality activity tracking app. Fitness AR creator Adam Debreczeni will join Mapbox to help build out a team of talented designers and developers, focused on showing the art of the possible to create practical AR applications in key verticals such as travel, weather, fitness, sports and gaming. Working together with his co-founder Eric Florenzano, Adam will apply the learnings from building consumer applications for AR and VR, to help build new experiences using Mapbox’s flexible location platform.

Launched this past September, Fitness AR was the first mapping AR app, allowing Strava users to connect their accounts and visualize their runs, hikes and bike rides on an 3D terrain map in AR on an iPhone or iPad. Built using the Unity Maps SDK and Apple‘s ARKit, users are able to explore existing routes projected on any surface in 3D to plan adventures and share their activities. Featured by Apple as one of the top apps in this new category, Fitness AR showed what is possible with maps and location data on an everyday mobile device in AR.

“Designing augmented reality experiences for applications is still a very nascent field, requiring new tools and new thinking,” said Adam Debreczeni, co-founder of Fitness AR. “With the Unity Maps SDK, Mapbox is the leader in the exciting new space of AR and location. It’s thrilling to join the company at this stage to help build a team and show the world what’s possible if you mix real-time location data and AR.”

The growing team will work on building out the Mapbox native AR SDKs, designing real-world AR examples with Mapbox location data, and working closely together with Mapbox customers to help bring AR into their mobile applications. Focusing on practical projects such as travel, fitness/sports and weather applications, the team will be able to help developers move quickly from concept to working app by providing the building blocks that solve common problems.

“This is about building interactive experiences. AR is going to be bigger than the browser and bigger than mobile,” said Eric Gundersen, CEO of Mapbox. “The addition of Adam and Eric accelerates our play of building a world-class team of designers and developers rooted in the future of AR. Not only is this critical to games and mobile apps, but also will enhance our AR guided navigation and enterprise data visualizations.”

Mapbox’s North American offices are based in Washington, D.C. and San Francisco. Debreczeni and Florenzano will join a growing AR team and will be based in San Francisco, California. In Europe, Mapbox is expanding their offices in, Minsk and now Helsinki, hiring talent from the automotive, AI, AR, embedded systems, and gaming industries.