The US Air Force announced on Friday that Lockheed Martin will receive a $7.2 billion contract to manufacture 22 Global Positioning System satellites.

The contract is for the satellites known as GPS 3 follow-on, or GPS 3F.

Secretary of the Air Force Heather Wilson said the new generation of GPS satellites is more resistant to interference and electronic attacks. “These satellites will provide greater accuracy and improved anti-jamming capabilities, making them more resilient,” Wilson said in a statement.

“This investment in GPS 3 continues to advance our capabilities into the future,” said Chief of Staff of the Air Force Gen. David Goldfein.

Lockheed Martin in 2008 was selected by the Air Force to build the first 10 GPS 3 satellites. The Air Force in February sought competitive bids for the next batch of 22 but only Lockheed Martin submitted a proposal in April. Other military satellite manufacturers like Boeing and Northrop Grumman that were expected to challenge Lockheed Martin decided not to.

Despite the lack of competition, the Air Force said the agreement protects the government from overpaying. The $7.2 billion fixed-price deal ensures that the “contractor, not the taxpayer would be responsible for any cost overruns,” the Air Force said in a news release.

Air Force Lt. Gen. John Thompson, commander of the Space and Missile Systems Center and Air Force program executive officer for space, told reporters in April that even when there is only one bidder, there are policies in place to “ensure we get a good deal.” The government, he said, does “rigorous cost estimating and legal cost reviews regardless of how many offers we have.”

The Air Force experienced a number of setbacks and schedule delays in the production of the first 10 GPS 3 satellites. With a different management structure, the GPS 3F program will move faster, said Will Roper, assistant secretary of the Air Force for acquisition, technology and logistics. He said the schedule for GPS 3F already has been shortened by five months by eliminating an additional layer of reviews and speeding up the source selection process.

“Our acquisition and contracting strategies are sound,” Roper said in a statement. “Waiting to award only takes time away from the warfighter.”

The first GPS 3F satellite is expected to be available for launch in 2026.

Timely production of GPS satellites is critical as the current constellation of 31 GPS 2 satellites in orbit will have to be replaced over the next decade. The first GPS 3 launch was scheduled for March 2018 but has been delayed. The first vehicle of the GPS 3 constellation arrived at Cape Canaveral, Florida, on Aug. 20 in anticipation of a Dec. 15 launch. 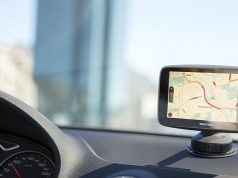