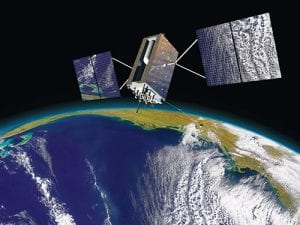 US: Lockheed Martin launched its first GPS III satellite and confirms that the unit is communicating efficiently with ground-control operators.

According to Lockheed’s Johnathon Caldwell, v.p. for Navigation Systems, “This is the Air Force’s first GPS III, so we are excited to begin the on-orbit test and demonstrate its capabilities. By this time next year, we expect to also have a second GPS III on orbit and users should be receiving signals from this first satellite.”

The GPS III program involves new ground stations and new, higher-power satellites, with additional navigation signals for both civilian and military users, and aims to improve the accuracy and availability for all users. GPS III offers three times better accuracy and up to eight times improved anti-jamming capabilities, according to Lockheed. The first series of GPS III satellites consists of 10 satellites, and USAF chose Lockheed to build three of these in 2016.

In September 2016, the Air Force awarded Lockheed Martin a contract option for two more Block IIIA satellites, setting the total number of GPS IIIA satellites to ten.  It was the first of these satellites, SV01, that was launched aboard a SpaceX Falcon 9 rocket on December 18, 2018.

Once GPS III SV01 is declared operational it will assume a place in the current GPS constellation. The satellite’s service life is expected to be 15 years, 25% longer than any currently deployed GPS satellites on-orbit today.

“In the coming days, GPS III SV01 will use its liquid apogee engines to climb into its operational orbit about 12,550 miles above the earth. We will then send it commands to deploy its solar arrays and antennas, and begin on-orbit checkout and tests, including extensive signals testing with our advanced navigation payload provided by Harris Corporation,” said Caldwell.