Switzerland: Measurement technology company, Leica Geosystems has announced its BLK360 miniature 3D imaging laser scanner is now available for European customers to reserve before delivery later this summer. The award-laden scanner aims to make easier the collection of as-built reality capture data, for use in industries such as architecture, design, construction and engineering.

Leica has developed and delivered this technology to enable users to capture everything, not missing a single measurement. The company has also sought to remove the need for the use of rudimentary equipment, such as stationery, and alternative measuring technologies. With BLK360, users can capture imagery in 360 degrees with a single press of a button.

Mounting the device on a level surface or tripod, the BLK360 takes a 360,000 point per second laser scan with a +-4mm accuracy at 10 metres and an overall 0.6 – 60 metre range. Leica says a spherical image and laser scan is complete and ready to view within just three minutes. It is supported by Autodesk ReCap Pro software which can be accessed via mobile app. Users are therefore able to take measurements and add annotations, or share onsite data, with collaborators.

“The BLK360 brings together exclusive technologies to deliver outstanding performance, all while simplifying the process of 3D image scanning and reality capture through the touch of a single button,” said Burkhard Boeckem, CTO, Leica Geosystems. “This has enabled us to create new opportunities for scanning experts and introduce entirely new audiences to laser scanning while uncovering possibilities that were previously unimaginable.”

Steven Gross, architectural engineer, Valley Home Improvement, added: “If you’ve ever relied on pencil and paper, tape measures, or other laser measuring devices to capture a room’s dimensions and images, you know that there’s always redundancy and missed measurements. With the BLK360 those issues disappear. Everything is captured on the first visit, which streamlines the process, saving us enormous amounts of time. Not to mention that it makes us look that much more professional to our clients.” 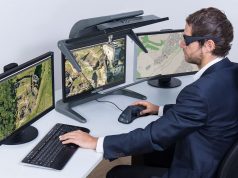 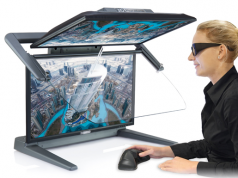