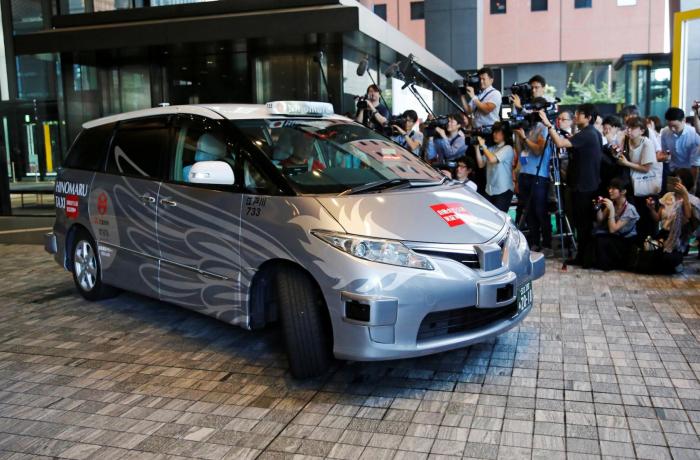 Japan: An autonomous cab taxi moving briskly through the streets of Tokyo is expected to become a rage with tourists who would visit the city for 2020Summer Olympics.

ZMP, a developer of autonomous driving technology, and the taxi company Hinomaru Kotsu, began road tests with a minivan this week in Tokyo.

In their latest trial, a minivan equipped with sensors made four round-trips a day on a busy 5.3 kilometres stretch of road between the Otemachi and Roppongi districts.

The experiment has captured the imagination of Tokyo residents and 1,500 people have applied to be passengers.

Passengers get on by themselves and pay their one-way fare – about 1,500 yen () – via a smartphone app. This is the first instance of pay-as-you-go self-driving taxis.

The carmaker will spend US$ 500 million to develop vehicles based on its Sienna minivans, with testing set for 2021.