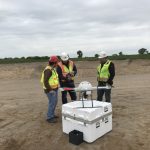 US: Frontier Precision has announced they are now offering Microdrones unmanned aerial mapping solutions. “We’re very excited about this technology and our partnership with Microdrones,” said Steve Richter, Vice President of Sales and Marketing for Frontier Precision. “We know this is a big part of our …(Read more) US: Leaders from across the government, military, academic and commercial sectors will meet for the GEOINT Symposium June 4-7, at a time when geospatial capabilities are expanding and evolving as never before…(Read more)

Japan launches satellite carrying its own version of GPS Japan: Japan has launched its homemade version of the U.S. global positioning system (GPS) on Thursday, which is expected to increase the precision of location information used in smartphones and car navigation system, says news agency Reuters in a report…(Read more) 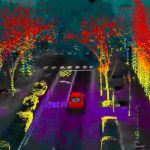 US: Innoviz Technologies has announced two new solid-state LiDAR solutions: the automotive-grade InnovizPro and the after-market InnovizOne. Both InnovizOne and InnovizPro offer high-definition intelligent 3D sensing and an accurate, reliable scan of a vehicle’s surroundings…(Read more) 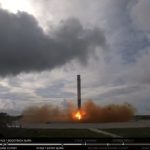 US: Adding another milestone to its drive to bring down flight cost, SpaceX launched its first recycled cargo ship to the International Space Station (ISS). After a two-day delay caused by thunderstorms, the unmanned Falcon rocket blasted off on Saturday,…(Read more)

To address climate change, countries adopted the Paris Agreement at the COP21 in Paris on 12 December 2015. However, the US, world’s 2nd largest per capita carbon emitter, backed out of Climate Change deal…(Read more)

The Future of Cricket- Drones and Sensors Ever since cricket originated in the 16th Century, the sport has come a long way. With its constant evolution with time, the technology has also kept up with the pace and has change according to new trends…(Read more)