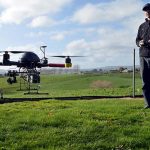 The Netherlands: European drone manufacturer, Aerialtronics, has announced to have applied for a solvency procedure following a postponement of payment to start a bidding procedure in search for new financers and investors. This decision has been made in order to elevate the company to a new level…(Read more) 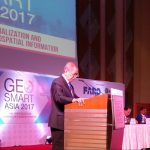 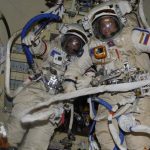 US: Spacewalking cosmonauts set free the world’s first satellite made almost entirely with a 3D printer on August 17. In total, Russians Fyodor Yurchikhin and Sergey Ryazanskiy ended up releasing five nanosatellites by hand. One by one, the tiny craft – no more than 1 to 2 feet in size  – tumbled safely away from the ISS…(Read more) 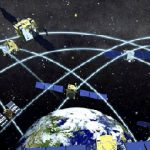 US: The prime operation of the global navigational satellite system (GNSS) chip is focused towards finding out the position of people or objects with exact mention of position. Presently, the increasing use of GNSS devices for security applications and utility in roadways, railways etc.; is boosting the market…(Read more) 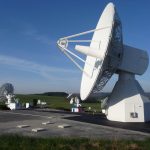 US: Analysts at Northern Sky Research (NSR) have forecast 2016 to 2026 revenues for commercial satellite ground equipment to surpass $158 billion, according to the second edition of its Commercial Satellite Ground Segment report. In the report, NSR states satellite TV continues to be the largest…(Read more) 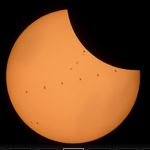 August 21 2017 witnessed a rare event, the total solar eclipse, and Joel Kowsky, a photo editor at NASA captured once-in-a-lifetime sight of the same. Along with capturing the different phases of the eclipse beautifully, he also brought International Space Station, with a crew of six onboard, closer to us. His photographs…(Read more) 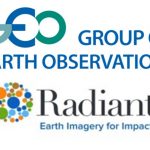 The potential of Open Data is immense and it has been generating a lot of excitement around the world. Governments globally are publishing and making more and more of their datasets ‘open’ to the public to bring accountability, empower the citizens, propel innovations, establish new industry…(Read more) 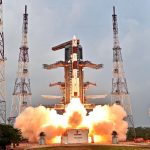 After accomplishing various achievements in the space industry, the Indian Space Research Organisation (ISRO) has now set eyes upon the upcoming earth observation satellite called Hyperspectral Imaging Satellite (HySIS). The HySIS will not only enhance India’s capability in space but will also add teeth to the way India…(Read more)

What Airbnb ratings tell you about your city?

I’m going to start by saying I’m a huge fan of Airbnb. They‘ve given the word ‘lodging’ a whole new meaning and definitely have built an amazing product and community. Needless to say, it’s my most favourite tool for booking accommodations. Airbnb is an online marketplace matching hosts and guests in many…(Read more)

GeoSmartAsia 2017 kicks off in Malaysia 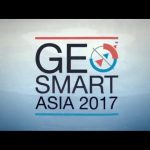