Germany: The International Society for Photogrammetry and Remote Sensing is proud to announce a new ISPRS award. Individual awards are presented during ISPRS Congresses to outstanding ISPRS scientists for their exceptional achievements. Many of these awards are donated by ISPRS Members.

One of the awards – The U.V. Helava Award (2000) – is sponsored by Elsevier Science, publisher of the ISPRS International Journal of Photogrammetry and Remote Sensing, and Leica Geosystems AG. The award consists of a grand prize of SFr. 10,000 and a silver plaque, presented to the author(s) of the most outstanding paper published exclusively in the ISPRS Journal of Photogrammetry and Remote Sensing during the four years preceding the Congress, and three runner-up prizes.

As ISPRS would also like to award best papers in the ISPRS International Journal of Geo-Information (IJGI), an agreement has been made with Esri, the strongest commercial organisation in GIS, and MDPI, publisher of IJGI, to create a new award – The Jack Dangermond Award. The idea, proposed by the ISPRS past president, Orhan Altan, was established in the autumn of 2016.

The following photograph documents the meeting of Jack Dangermond and Lena Halounová, in Prague, on 3 November, 2016 where Jack agreed to the new award. He felt honored that ISPRS had asked him to give his name to the award and decided to donate a generous endowment for future awardees.

MDPI agreed to share the prize. The award consists of a grand prize of USD 10,000 and will be given to the most outstanding paper published exclusively in the ISPRS International Journal of Geo-Information during the four years preceding each Congress.

ISPRS recognizes individual accomplishments through awards and honours which are granted at each quadrennial ISPRS Congress. ISPRS Honorary Membership is granted for the distinguished services of an ISPRS member. This is the major ISPRS award which was first introduced in 1926. ISPRS regulations allow only ten living Honorary Members at any given time. Sustained, excellent service to the Society is also recognised with the nomination of a maximum of five ISPRS Fellows at each Congress.

The Brock Gold Medal Award, sponsored by the American Society for Photogrammetry and Remote Sensing, has more than a sixty year long history. The Award has been presented for an outstanding landmark in the evolution of the photogrammetry, remote sensing and spatial information sciences since 1956.

ITC, in The Netherlands, sponsors The Otto von Gruber Award since 1964. The Award is presented to a young (less than 40 years) sole or 1st author of a paper of outstanding merit in photogrammetry, remote sensing and spatial sciences. In 2015, the responsibility for the award was transferred to the Netherlands Center of Geodesy and Geo-informatics (NCG).

The year of 1988 was very fruitful as five new awards were announced. Three scientific awards were set up: The Canadian Institute of Geomatics proposed The Samuel Gamble Award, Geo-Information Netherlands formulated and decided to sponsor The Willem Schermerhorn Award, and the German Society defined The Schwidefsky Medal. ISPRS also decided to recognize members of Technical Commissions for their work for ISPRS with the President’s Honorary Citation, and also installed The Young Authors Award for authors under 35 years old.

Professor Shunji Murai, ISPRS Honorary Member, proposed the CATCON prizes, in appreciation of Computer Assistant Teaching, by organising a Contest during the Congress, which is funded by The ISPRS Foundation. The first winners were acknowledged in 1996. The Austrian Society also formulated a new award in 1996 – The Eduard Doležal Award – to thank and appreciate one exceptional individual from developing countries.

The Chinese Society of Photogrammetry and Cartography defined The Wang Zhizhuo Award for innovation in spatial sciences in 2008, and the German Society for Photogrammetry of Remote Sensing proposed The Karl Kraus Medal in 2010, to appreciate authors of excellent textbooks in the field of ISPRS science.

The year of 2012 brought two new awards: The Frederik J. Doyle Award, sponsored by the ISPRS White Elephant Club and The Giuseppe Inghilleri Award, organized and sponsored by the Italian Society for Surveying and Photogrammetry.

ISPRS expresses its appreciation to the many sponsors, as well as its support, congratulations and thanks to all previous awardees. The awards should be regarded as encouragement for all ISPRS members to work for the wellbeing of our community and the world. 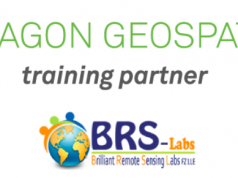 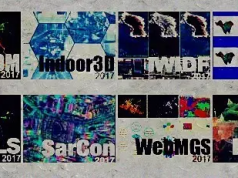