The Minister and the Secretary welcomed civil space cooperation between India and the United States in earth observation, space exploration and satellite navigation. The representatives of the countries agreed that in the near future new focus areas could include joint realisation of dual frequency microwave satellite for earth observation and launch services.

The US National Oceanic and Atmospheric Administration (NOAA) and India’s Ministry of Earth Sciences (MoES) have maintained a Memorandum of Understanding (MoU) since 2008. Through this agreement the science agencies have executed numerous projects covering a range of collaborative research, including a buoy array operation in the Indian Ocean for ocean and climate monitoring, tropical cyclone modelling, weather and monsoon forecasting, marine fisheries and harmful algal blooms.

Welcoming the recent decision of the Indian government to raise foreign investment ceilings in several sectors of the Indian economy, the two sides agreed to identify specific areas for investment in India's manufacturing and infrastructure sectors including through establishing a new initiative in this regard.

The United States and India had held the Energy Dialogue in March 2014 in New Delhi. The working groups for coal; oil and gas; new technologies and renewable energy; and power and energy efficiency addressed cooperation in electrical grid and power generation, energy efficiency, oil and gas exploration and investment, expanding markets for renewable energy technologies, and addressing barriers to clean energy deployment.

The two sides had set up a Working Group for Sustainable Growth, which has since held three workshops. The first was held on the sidelines of the Energy Dialogue in March with a focus on geospatial analysis of renewable energy options. The other two workshops on energy data management and energy modelling were held in April.

Source: Ministry of External Affairs and US Department of State 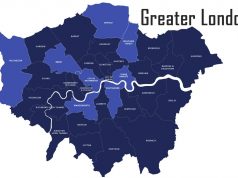