India: The Union Budget 2014-15 presented in the Parliament by Finance Minister, Arun Jaitley, has communicated an aim at higher growth, lower inflation, and a prudent policy stance in the Financial Year 2014-15.

Commenting on the budget, Sunil MK, Head – AEC, Autodesk, India & SAARC, said, “We have had high and credible expectations from the government and we are glad that from the slew of policies and reforms announced in the budget therein, due focus and importance has been given to key sectors like construction and infrastructure.”

The Finance Minister also proposed to utilise the PPP (Public Private Partnership) model in both railways and several other infrastructural project. “We are glad to know that the government of India has considered PPP model as one of the key driving parameters for growth. India has truly emerged as one of the largest PPP market in the world and initiatives like development of new airports through this model will provide a massive boost to the overall economy of the country in terms of infrastructure. We welcome the Infrastructure Investment Trust being set up to finance infra projects as we believe this will be crucial in terms of speeding up the completion of pending projects and make way for new ones.”

In May, the Minister for Urban Development had said that India would be focused on building 100 new smart cities by 2020. Sunil MK said that there were no surprises and the thrust on smart cities was expected. “We were expecting ‘Smart Cities’ to be a crucial part of the new government’s development and nation building plans. The announcement of 100 smart cities is a bold and encouraging step by the government and we are excited with the huge market potential that will be opening up for builders, engineers, architects and companies like ours, who work closely with the building and infrastructure industry in India,” he said.

“Metro rail services to Lucknow and Ahmedabad, national industrial corridor to link cities, development of archaeological sites; these announcements send out a strong message about the seriousness of this government in pushing for better connectivity and superior facilities for better public life,” he added.

Concluding his views on the budget, he said, “We firmly believe that the Finance Minister has proposed a growth-friendly budget, and if reforms and policies are implemented efficiently, we can foresee an achievable economic growth rate of 7-8% in next 3-4 years. 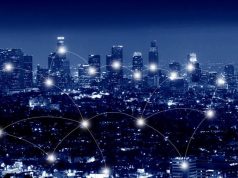 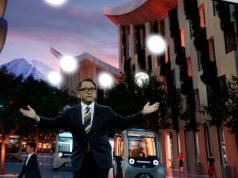