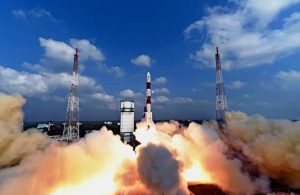 INDIA:- India successfully tested the cryogenic engine for the heavy rocket that would launch the country’s second moon mission on January 3, 2019, stated the space agency.

“The cryogenic engine of the Geo Satellite Launch Vehicle (GSLV MK-III) in the upper stage has been tested for the Chandrayaan-2 Mission,” said the state-run Indian Space Research Organisation (ISRO)

The crucial test was conducted on Thursday for 25 seconds at the space agency’s propulsion complex in Tamil Nadu’s Mahendragiri, 685km southwest of Chennai.

“The upper stage of the heavy rocket is powered by cryogenic engine, which develops a nominal thrust of 186.36 kN (kilo Newton) with a specific impulse of 442 seconds in vacuum,” noted

The flight acceptance hot test of the cryo was performed at the high-altitude test facility in the complex.

“The performance of all engine subsystems was observed to be normal during the hot test,” added the statement.