The Institute of Man and Environment in the Amazon-Imazon/SAD-Deforestation Alert System published on January 13, 2015 the Amazon Deforestation Bulletin for the month of December 2014, which showed that the accumulated deforestation from August to December 2014 reached 1,373 km², representing an increase of 224% compared to the previous period. 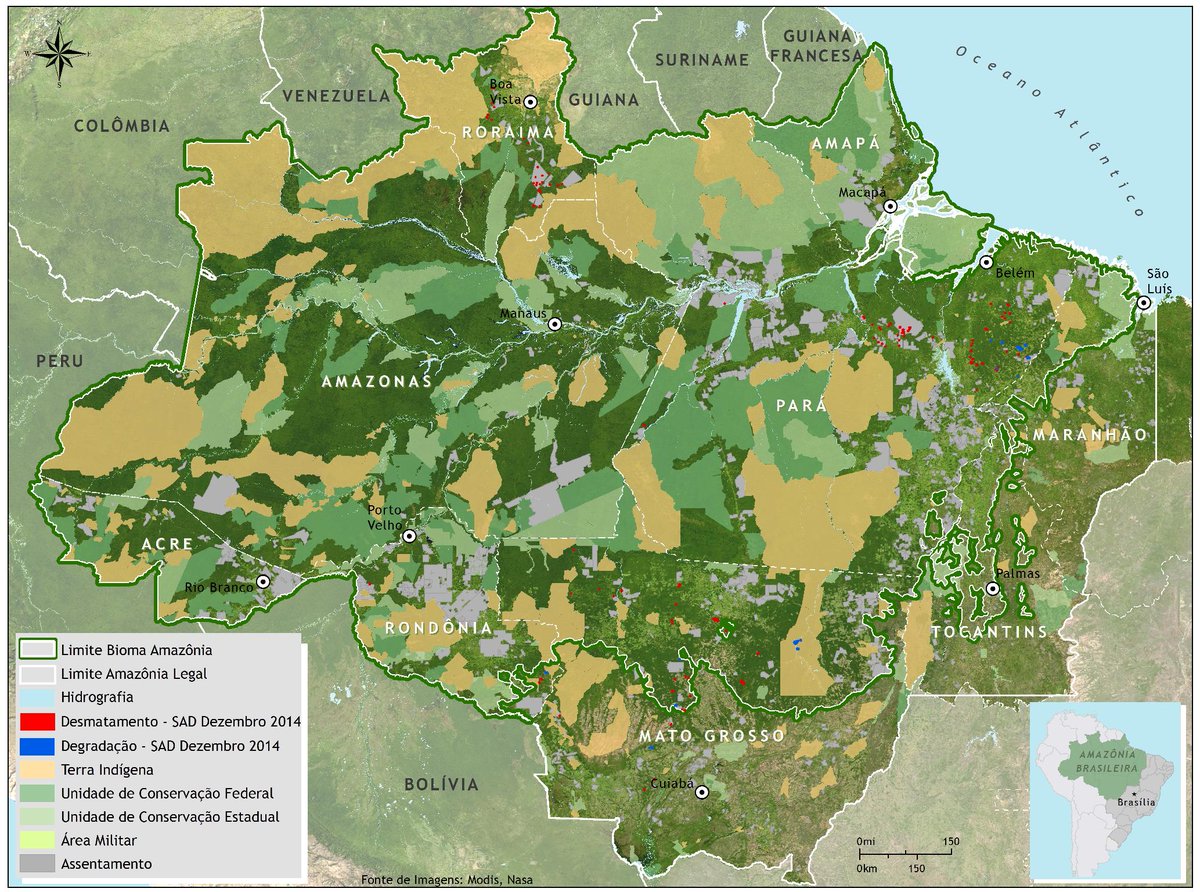 The Imazon (https://imazon.org.br/?lang=en) is a Civil Society Organization of Public Interest. Its program of Monitoring the Amazon has the overall objective to detect, quantify and control through satellite images, deforestation, forest degradation, logging, unofficial roads and other forms of human pressure in the Amazon. Monitoring results are combined with various digital maps using Geographic Information Systems (GIS) for qualifying environmental problems and planning. The program also develops policy proposals and training in geotechnologies and strategically disseminates its results, contributing to the reduction of deforestation and forest degradation.

SAD-EE-Since July 2012 detection alerts from deforestation and forest degradation took place on the platform of Google Earth Engine (EE), with the new version EE SAD. This system was developed in collaboration with Google and uses the same process already used by SAD, with MODIS reflectance images to generate alerts from deforestation and forest degradation.

Imazon, created in 1990, is the only non-governmental organization that monitors deforestation independently of the government way. Bulletins with deforestation rates for the entire Amazon region are released each month. It receives support from the Climate and Land Use Alliance, the Gordon and Betty Moore Foundation and USAID.