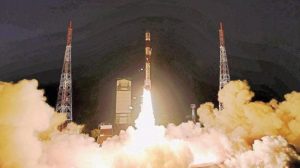 India: The Central Government of India on Friday approved India’s first indigenous human spaceflight programme- Gaganyaan. The cabinet has approved funds of Rs 10,000 crore for the ambitious project which would carry three-member crew for minimum seven days in space.

In his Independence Day speech on August 15, Prime Minister Narendra Modi had announced that India will launch a manned mission to space by 2022 and become the fourth nation to do so after Russia, the United States and China.

The three-stage heavy-lift launch vehicle, GSLV Mk III, will be used to launch Gaganyaan, and national agencies will collaborate with the Indian Space Research Organisation to bring the mission to fruition.

The programme aims to establish a broader framework for collaboration between the national space agency, academia, industry, national agencies, and other scientific organizations. It is also expected to generate employment and train human resources in advanced technologies and inspire young students to take up careers in science and technology, according to the government.