US: To broaden the customer experience by making Esri data and technology available in the IBM cloud, Esri has announced that it will work with IBM users and developers. The announcement was made by Esri at this year’s IBM World of Watson event in Las Vegas.

For the first time in more than 30 years, technology experts and developers can join a growing community of IBM and Esri customers that include Fortune 500 companies, governments, and large utilities to take advantage of IBM Watson IoT and analytics technology coupled with Esri‘s market-leading geospatial engine and comprehensive global data library.

Esri and IBM technologies work together to

“The exciting expansion of our three-decade partnership with IBM opens a new door for customers that want the power of Esri‘s GIS platform delivered on IBM‘s cloud infrastructure,” said S. J. Camarata, head of corporate strategy at Esri. “Now, IBM cloud users and developers building and deploying cognitive solutions with IBM Analytics, IBM Watson IoT, and IBM Watson have access to Esri‘s innovative software, developer tools, and APIs in addition to an enormous global library of basemaps and environmental, demographic, and business data. Esri in the IBM cloud brings a new level of content, functionality, performance, and scalability to customers around the world.” 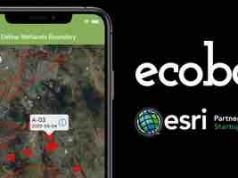