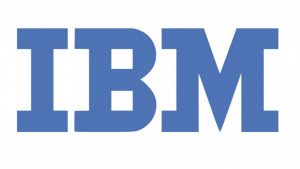 Building on this momentum, IBM is announcing a slate of new advanced features for the on-premises private cloud platform, including the integration of powerful AI capabilities such as IBM Watson Assistant and IBM Watson Speech-to-Text, as well as support for additional public clouds, including the IBM Cloud. The updates provide clients with even more choice and flexibility for their IT journeys, and, for the first time, bring the power of IBM’s Watson AI behind the company firewall.

IBM is releasing details of over a dozen organizations which are driving transformation with IBM Cloud Private, including:

“The cloud has evolved in a very short time from being a way to cut costs to a platform for business transformation and innovation,” said Robin Hernandez, Director, IBM Private Cloud Offering Management. “Our IBM Cloud Private affords clients a transition to cloud that’s designed to enable them to maintain their on-premises systems on which they still depend for many mission-critical applications and sensitive data sets.”

Putting AI Inside the EnterpriseToday IBM is advancing IBM Cloud Private even further, announcing major enhancements to the platform, ranging from AI capabilities to additional public cloud support. Starting today, IBM Watson Speech-to-Text is now available with the new IBM Cloud Private version 3.1, making it the first time the tool is available in an on-premises environment. With Watson Speech-to-Text, users can automatically transcribe and analyze audio from seven different languages.

IBM also announced that IBM Cloud Private is now available on the IBM Public Cloud, to help clients to easily move their enterprise workloads from on-premises systems to the public cloud in order to create hybrid cloud environments.