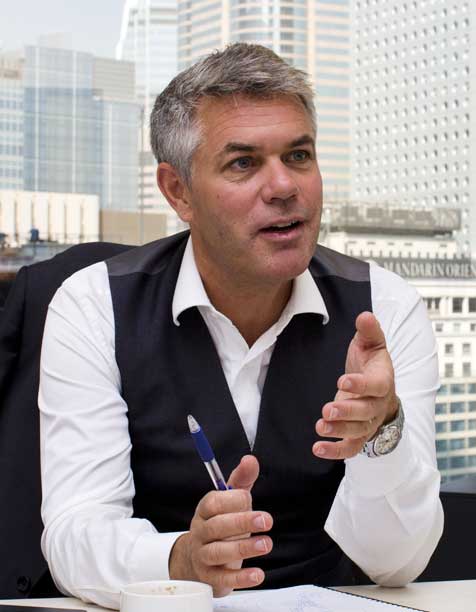 “I speak on behalf of the Board and everyone else who has stood united with Ola since the beginning of this ordeal that we were never in doubt about Ola’s innocence and, consequently, that the Norwegian courts would reach a firm conclusion to dismiss all allegations,” Gun Nilsson, Hexagon’s Chairman of the Board, commented.

“I am yet again relieved by the court’s verdict, confirming what I and my lawyers have stated from the very beginning; that I did nothing wrong.” said Ola Rollén. “Once again, I would like to convey my sincere gratitude and appreciation for the unwavering support expressed to me from shareholders and employees during this difficult time. It gives me great pride and encouragement to serve as Hexagon’s President and CEO.”

Rollén’s lawyers made one thing very clear from the start – the charges were based on a fundamental misinterpretation of the factual and legal issues in the matter. Thus, all activities carried out by Rollén were according to normal procedures in the marketplace and not based on any insider information. Attorney Christian B. Hjort commented on the verdict, stating that Rollén the entire time has been certain that he was not guilty of insider trading.

Below is a quote issued by Ola Rollén’s defense team:

Borgarting Court of Appeal in Oslo, Norway, has today acquitted Ola Rollén of Økokrim’s accusations of insider trading. It is the second time that the Norwegian courts reject Økokrim’s accusations against Rollén. The Court of Appeal confirms the acquittal of Ola Rollén in the Oslo District Court in January 2018. The Court of Appeal has established, as did the District Court, that Ola Rollén never received any price-sensitive information from Next or from any other party. The only information the court regarded as price-sensitive, was Rollén’s own plans and decisions to invest in Next and the Court further noted that it was not market abuse for Rollén to invest with knowledge of his own plans.

Attorneys Christian B. Hjort and Knut Bergo state that Rollén the entire time has been certain that he was not guilty of insider trading, and that he never received any inside information. The acquittal in the two Norwegian courts confirm that Økokrim’s charges against Rollén were groundless and never should have been brought forward. The case has put considerable personal strain on Rollén. He hopes that the Court of Appeal´s verdict now puts an end to Økokrim’s unjustified accusations against him.