Finland, October 22, 2014: Nokia in August announced that a new version of HERE Maps would be available on Samsung smartphones. However, the company had not disclosed the expected launch date of its maps for Android devices. On 21 October, the Nokia finally released HERE for Android phones but stayed away from releasing it on Google Play. It instead asked users ‘side-load’ (manually install) the app onto their phones from Nokia’s website or from a PC.

It is believed that the decision to side-load the app was taken because the maps are still in beta stage. “We’ve discovered that some ‘cache cleaner’ apps accidentally delete the navigation voices in the HERE app. We’re very close to a fix, which will be released in the next weeks, but in the meantime we’d ask you not to use such apps if you want to use voice-guided turn-by-turn navigation,” the company wrote on its official blog.

Techcrunch.com, however, has opined that the decision could also be because Nokia prefers to adopt a partnership strategy and wanted to crowdsource the code clean-up process before signing deals with other Android smartphone distribution partners beyond Samsung. 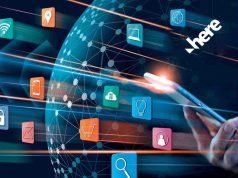