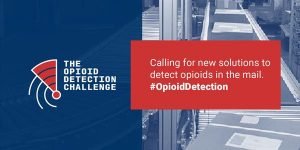 US: Headwall announced that its hyperspectral imaging technology is part of a proposal by Battelle chosen as a first-stage finalist for the Department of Homeland Security (DHS) Science and Technology (S&T) Directorate Opioid Detection Challenge.

The Automated Multimodal Opioid Detection system by Battelle uses Headwall hyperspectral imaging sensors, as well as dual-energy radiography and machine-learning algorithms, to non-invasively detect opioids in packages without disrupting the flow of mail.

“We thrive on working with companies like Battelle with a long track record of success on projects that save lives,” David Bannon, CEO of Headwall commented. “Our hyperspectral sensors offer a powerful combination of machine vision sensing, real-time processing capability, and a ruggedized design that already benefits thousands of customers around the world with instruments on the process line, on the farms, in the air, and even in space. Helping to reduce the human cost of addiction by automated interdiction has great social impact and means a great deal to us and our community.”

According to the White House, the abuse of opioids such as fentanyl has created an unprecedented public health crisis across the United States. In 2017, approximately 50,000 Americans died from opioid overdoses. International mail has been identified as a route for illicit opioids entering the United States, commonly transported in nearly pure, powdered form. Consequently, large-scale drug trafficking can occur via small packages sent in the mail.

As part of the comprehensive government effort to address the crisis, DHS S&T, U.S. Customs and Border Protection (CBP), the United States Postal Inspection Service (USPIS) and the Office of National Drug Control Policy (ONDCP), are seeking novel, automated, nonintrusive, user-friendly and well-developed designs for tools and technologies. The $1.55 million prize competition attracted 83 submissions from around the world.

The Battelle/Headwall system now moves on to a 14-week accelerator stage, during which a deployable prototype will be developed. Government and industry mentors will provide specialized support on topics such as the inspection process, trace detection, artificial intelligence, and user design. These tools would be deployed in international mail, express consignment facilities, and other environments across the country.