US, February 11, 2015: Harris Corporation and Exelis have signed a definitive agreement under which Harris will acquire Exelis in a cash and stock transaction valued at $23.75 per share, or an approximately $4.75 billion enterprise value.

"Acquiring Exelis is transformational for Harris," said William M. Brown, chairman, president and chief executive officer of Harris. On a pro forma basis for the latest twelve months ended Dec. 31, 2014, the combined company would have had more than $8 billion in revenue and about 23,000 employees globally, including 9,000 engineers and scientists.

"The combination of the two companies' highly complementary core franchises creates a competitively stronger company with significantly greater scale. We are expanding in a market, where we have decades of success and a workforce dedicated to providing our customers with innovative and cost-effective solutions for some of their most complex challenges."

David F. Melcher, chief executive officer and president of Exelis, added, "Our 2014 was another strong year, and we expect to report revenue of approximately $3.25 billion and adjusted operating margin between 12.4 and 12.5%, which is in line with our previous guidance."

The agreement has been unanimously approved by the Boards of Directors of both companies. The transaction is expected to close in June 2015 and is subject to customary closing conditions, including regulatory and Exelis shareholder approval. 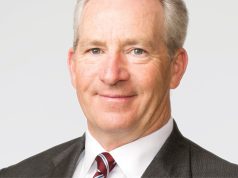 The only thing limiting us is our imagination